The building is literally still on fire and the authorities have already declared it was all due to an accident, and Macron said it will be rebuilt in line with MODERN French values.
The fire is still ongoing when both of these statements were made. Welcome to clown world. This is what happens if you let Christendom disappear.
It needs to be stated that the fires (at least two) started when there were no workmen on site, making this extremely unlikely to be an accident.
An initial tweet from a Time magazine reporter, who has a contact that should know, was that the fires were arson. The tweet was since deleted and note that no one has been able to conclusively deny it. 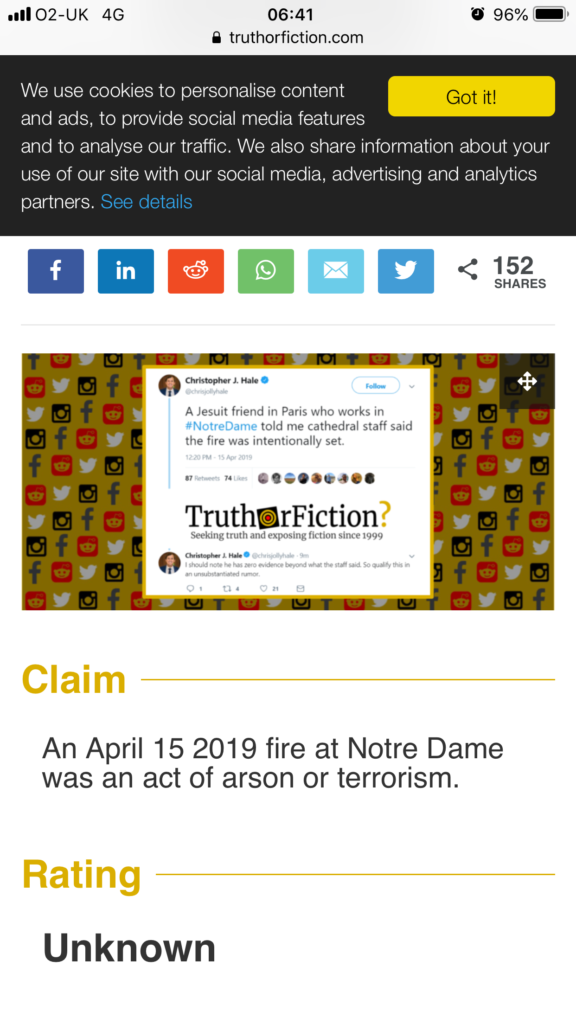 Secondly, it’s not as if this would even be the first time an attack on this symbol of Christianity was perpetrated by the usual suspects, which, you’ll find, are not radicalised Amish. 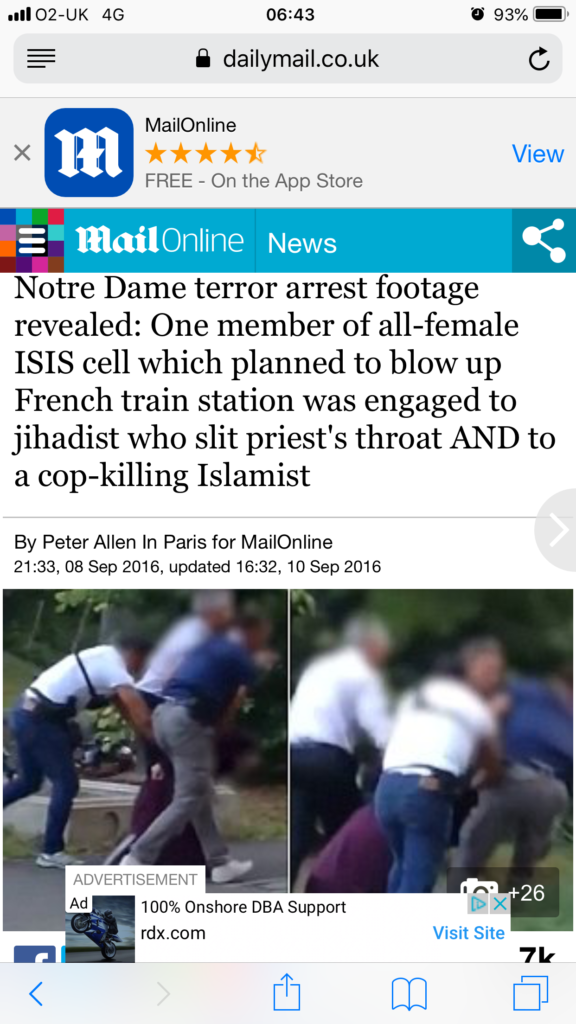 And third, hundreds of Catholic Churches have been vandalised in France, an average of two per day. Guess by whom, and see if you can spot the non-French non-Christian in this picture of people filming the burning of Notre Dame. 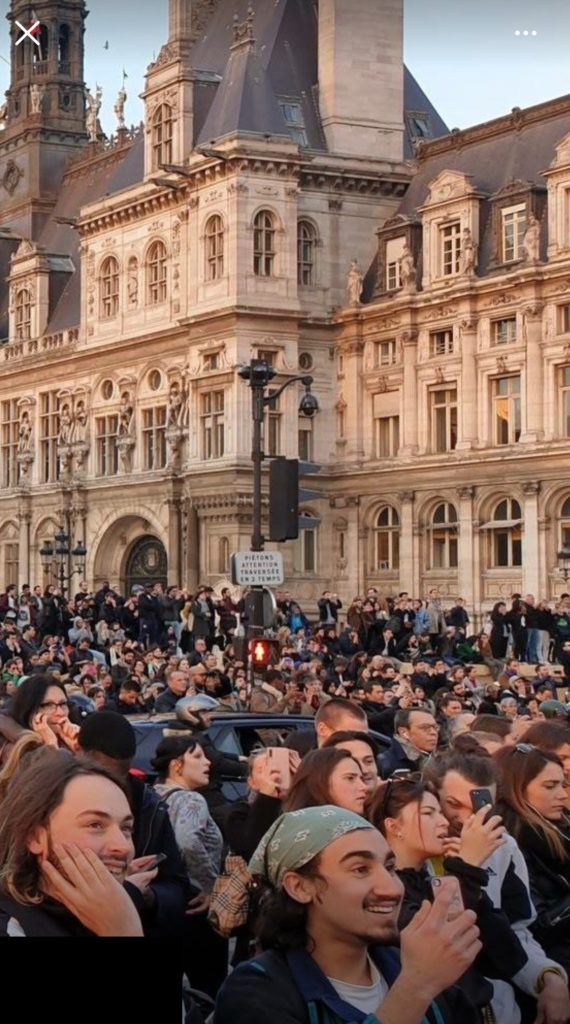 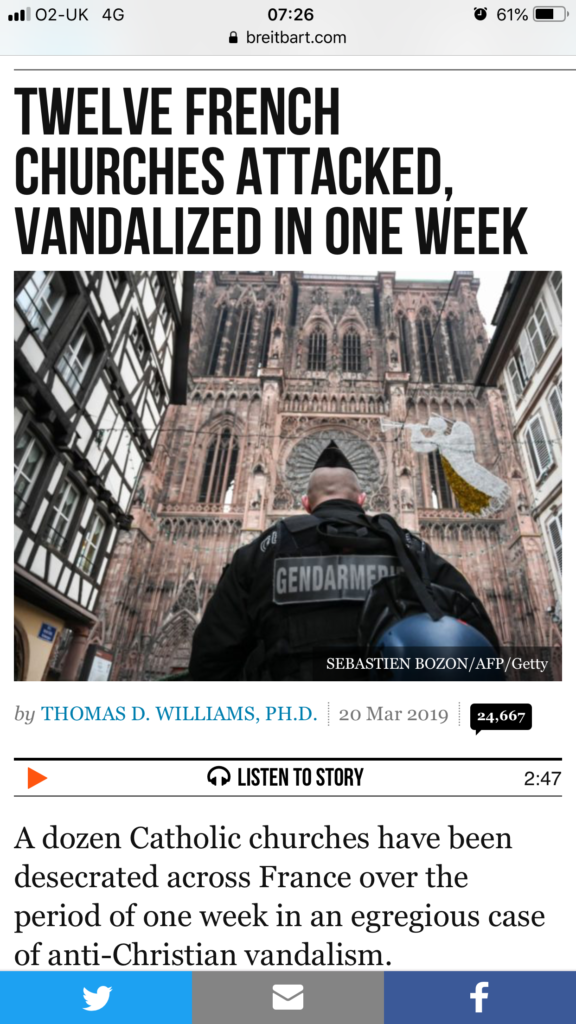 Islam is, and always has been, incompatible with Western Civilisation, Christendom, and anyone who doesn’t like raping children and women in general.
There are no Christian Churches permitted in Saudi Arabia. Why then, should a single mosque be permitted in any Christian country?
It should not.
Islam has spread ONLY through murder, terror, slavery, and all the other attributes of “peace” found in the Koran and the Hadiths.
How do you think the Middle East went from being the cradle of Christianity to the house of Islam?
At this point, anyone who even uses the word “Islamophobe” should be immediately placed on a plane with a one way ticket to Saudi Arabia, where as Muslims or non-Muslims they can enjoy the benefits of the religion of peace in its full effect, without being disturbed by those of us who have actually read the Koran.
There are two main points that even blind-deaf-mutes should by now have discovered with regard to the burning of Notre Dame.
The first is that Islam does not belong in any part of Europe, and countries like Poland and Hungary have the right approach. Though it is only a beginning, and it is time for people who want to practice Islam to do so in those countries that are Islamic and keep it there. We should help them get back there promptly and bloodlessly as fast as possible, in order to avoid the kind of bloodletting that this is inevitably going to bring, if we keep tolerating the globalist scum that created this situation in the first place.
Secondly, and even more importantly, the globalists have to go. And we should not tolerate any hint of globalism in any of our nations. Let France be French, England English, Venice Venetian, and so on.
Macron should have left long ago and at this point, armed revolution to turf him out and place Frenchmen who are for France and its French and Christian people in his place is probably not as far away as people think.
These are obvious facts.
There is a third less obvious, but equally important, fact. The burning of Notre Dame has been predicted by Christian Saints as one of the events that will see the beginning of the end of France and the start of a reconquista across Europe, fighting its old enemy. It is also considered one of the signs of the end times being on their way. That and you know, having a pedophile protector, probable herald of the antichrist firmly embedded in the Vatican, along with a retinue of predatory homosexuals pretending to be clerics. 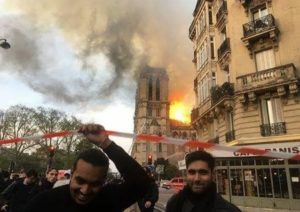 If you are French, it is by now obvious you need to pick a side. Christendom, your Catholic Faith (which has nothing to do with Bergoglio) and our Lord Jesus Christ, France and the French, or Islam, the globalists and Macron.
I suppose you can also choose to be standing on the sidelines. I call those people “imminent statistics”.
Notre Dame, glorious as it was, was just a building and can be rebuilt. Your country, your children’s future, and whether Christendom survives is not as easy to ensure as the putting together of a Cathedral.
Choose carefully.