One thing sure about this whole mess in Las Vegas: The Democrats will seize the opportunity to curtail our rights as far as they can and the Republicans will let them as far as they can and still get elected.
Mega-loser Hillary Clinton wasted no time in making things political.
Read that tweet again. This is doublethink in such rare form it deserves all the attention and derision that she gets.
Piers Morgan, the globohomo activist, made a completely fatuous comparison.
The eggs are for kids. It’s kind of a dumb design, really. Banning is a bit much but understandable in Nanny State USA. 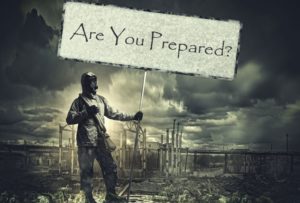 Rifles are for adults, you twit. They are supposed to be dangerous. They are designed to help me shoot self-righteous assholes from taking away my rights. Such as the right not be killed by the State.
Even washed-up, has-beens, still-cashing-in-on-daddy’s-fame Nancy Sinatra is showing what the Democrats really want.
Yeah. That’s right. The people that have had nothing to do with Paddock’s insanity should be shot.
I can’t say this any clearer: The Democrats hate America. Hate it. Seething hatred. They will stop at nothing to wipe out anyone not enthusiastically destroying the West.
And now we come to the Republicans.
“As new details of the deadly Las Vegas shooting become known, one top member of the House Republican leadership said she is willing to consider gun reform legislation.
Rep. Cathy McMorris Rodgers, R-Wash., aired concerns about so-called bump stock modifications that allow semi-automatic rifles to function like near-automatic weapons, and whether such attachments should be legal.”
No, you odious troll. Keep your nose out of this.
If she’s speaking about this, that means the GOP leadership is seriously considering what rights to give up this round and they are using her to test the waters.
Look at her record:
“Since her election in 2005, Rodgers has been a staunch supporter of the Second Amendment and received an A Rating from the NRA on gun access.
She has supported legislation on traveling from state to state with concealed carry permits, interstate gun sales and banning gun registration and trigger lock law in Washington, D.C.”
Look at how quickly she turned on the citizens of the US when the political winds shifted.
Craven cowards colluding with the most despicable pieces of trash this side of the USSR.

So what’s likely to happen?
Bump stocks will be made illegal.
The traitorous scum will get the idea planted in the heads of the average joe that even semi-automatic weapons are dangerous.
Never mind these foul creatures of the pits squat on mountains of dead aborted babies.
Never mind every crazed government hell bent on making Earth into their own paradise through butchering people they don’t like have always, always disarmed the populace first.
Never mind Chicago is Murderland, USA, where they bury their dead wrapped in gun law paper printouts.
Never mind the Founding Fathers knew war far better than these prancing soyboys every will. Well, ever had. At this rate, civil war will become more and more likely.
So what do we do?

To My College Students: