Editor’s Note: We have an article from our good friend, The Colorado Confederate. He is tackling one of the most important topics of our day, and one that we really need to deal with, if we are going to restore Western Culture. 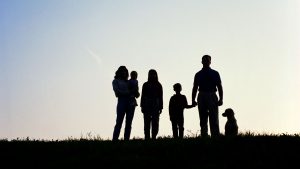 Most of the readership of Men of the West would, undoubtedly, consider themselves “pro-life”. And you would consider the proper sphere for that fight falling in love with a girl, getting married and subsequently protecting your woman and instilling your issue with the beliefs, values, and religion befitting a Western man. You probably believe that the “pro-life” movement begins at home.
You would, of course, be correct.
You also know that there good-hearted and well-meaning folks who recognize an “urgent need to defund Planned Parenthood” (which shouldn’t even exist), and elect “pro-life candidates” (politicians who can play various pro-life lobbying groups like a fiddle).
These dear people have banded together to form pro-life organizations. In fact, they have done this decades ago. The oldest pro-life outfit, the National Right to Life, dates back to 1968. A few have budgets in the hundreds of thousands and even millions.
So, what has the kindly donor to these organizations received for his investment?
Very little, it would seem.
Despite the interminable promises of a Planned Parenthood-free world; a House, Senate, and Courts free of abortion advocates; and the complete and final elimination of Roe v. Wade, none of these things have actually happened.
All the more reason to continue to contribute. A pro-life nation is just around the corner. [Or, “there’s good money in the Lord’s work”]
There are pro-life groups who have recognized this con-game. A new business model was clearly in order.

Enter “Personhood”
Many of the modern pro-life movementarians have adopted “personhood” as their watchword. This is the tactic of somehow invoking personhood rights of the 14th Amendment to the U.S. Constituion and applying them to the unborn. As good as this sounds on the surface, it becomes grievous upon closer examination.
After the War of Northern Aggression, the political and militarily victorious Radical Republicans wielded total control of American governance. Among their more egregious deeds was their engineering of the 14th Amendment. Section one reads as follows:

The Amendment was ratified [read: rammed down our throats] in 1868. While it sounds innocuous, even liberty-affirming, it fundamentally changed the nature of the relationship between the citizen and his government. In a happier time, a man was a citizen of Georgia, New Hampshire, Kentucky, Texas, &c. The War and the subsequent 14th Amendment did violence to the old agreement. After this, a man was a “citizen of the United States”.
It gets worse. In practicality a citizen was a “corporate personhood”, no better than Exxon-Mobil, Google, or MicroSoft.
It is not for nothing that the 14th is called “The Red Amendment” by discerning patriots.
Does applying “corporate personhood” to the unborn seem likely to end abortion?
As long as we have a culture based upon contraception, fornication, and so-called r-selected short-term thinking, the culture of abortion will continue; and with it, the various Moloch-serving organizations such as Planned Parenthood. 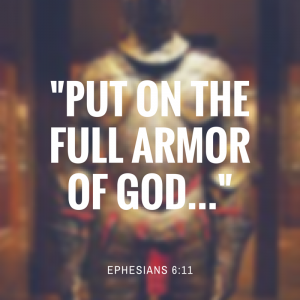 So, what does being Pro-life mean? Falling in love and capturing one’s beloved is pro-life. Worshipping the Lord God of Heaven and Earth and His Son is pro-life. Protecting national borders and culture is pro-life. Defending national sovereignty and opposing the multitude of fool “free trade agreements” is pro-life. Encouraging the conditions of diligent work and free enterprise so that a man can support himself, his woman, and their quivers-full is pro-life. Contending with socialist advocates in media, academia, government and their wealth-destroying ideals is pro-life. We, the Men of the West, can do better than hacking away at branches.

How Long Will You Waver?