Ricardo’s example: “To produce the wine in Portugal, might require only the labour of 80 men for one year, and to produce the cloth in the same country, might require the labour of 90 men for the same time. It would therefore be advantageous for her to export wine in exchange for cloth. This exchange might even take place, notwithstanding that the commodity imported by Portugal could be produced there with less labour than in England. Though she could make the cloth with the labour of 90 men, she would import it from a country where it required the labour of 100 men to produce it, because it would be advantageous to her rather to employ her capital in the production of wine, for which she would obtain more cloth from England, than she could produce by diverting a portion of her capital from the cultivation of vines to the manufacture of cloth.”
Ricardo, and defenders of his theory, ignore or downplay a few flaws in this argument.
First, the existence of capital goods. England and Portugal have merrily been producing both goods since time immemorial. There are whole chains in place, equipment built and rebuilt, innovations, buyer and sellers, distribution processes, warehouses, transportation methods, etc.
By handwaving all that away, Ricardo et al. wave away the cost of transformation. It costs money to change manufacturing away from one thing to another. The capital investments need to be recouped at some level or the company behind it will become insolvent. Potentially more people will lose jobs than will be gained with the retooling. If the rewards are worth it, some will try it, but not all. The only way to ensure a transformation would to have the State dictate the change. Otherwise, people might change to the new process, or they might not.
What if we pretend these are new products, and the capital investments haven’t been made yet? The problem is worse, since we have no idea which country will be able to make what at what cost for which price.
Second, human desire. Not everyone wants to switch jobs. People aren’t rational, economic machines. People’s desires in what they want to produce and why are paramount and have more heft than a cold economical model. Yes, some will make the change, no doubt. Profits drive a lot of decisions but not all.
Third, international politics. If England and Portugal have a falling away and sever all ties because Portugal drummed the English in soccer, both countries will suffer more than if they had kept some of the production within their borders. The English won’t be drinking wine and the Portuguese will be walking around in old clothes wondering if they have to switch back to polyester. 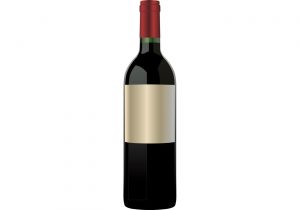 Fourth, interruptions of delivery. If the shipping routes between the countries stop and stop hard, say the Chunnel is shut down or the Channel is impassible for whatever reasons, like Poseidon has decided to make a come-back by declaring unending animosity against the English bulldog, it will be the same as point number three. Too many sober Englishmen and too many under-dressed Portuguese for anyone’s taste.
Fifth, technology doesn’t stand still, not with any human endeavor. Portugal might discover a better way to produce cloth, say by combining sheep and cotton trees. These mutants take only one man to make as much cloth as they import from England. Sorry, England, you lose the Portuguese cloth market.
Sixth, third parties. What if France can out produce in cloth and wine than either other country? England loses the Portuguese cloth market and Portugal loses the English wine market. Now retooling will have to happen and we’re back to the first point.
Seventh, national interests. Let’s say England’s brightest minds find a way to utilize wine in a critical piece of their defensive structure. British soldiers in all the armed forces are up to 100% more effective with a glass of wine each night. Portugal gets wind of this through their devious Portuguese spies. What do you think is going to happen?
Portugal’s exported wine prices will go up for the English. Anyone selling wine to England will jack up their prices. It will be a price war, trying to determine how much England will be willing to spend on wine.
England’s options aren’t many. She can pay the increased price and try to offset it somehow. She can do without the military advantage. Or, she can go back to producing wine herself, but at this point she’d be behind where she was before that decision to out-source wine production. 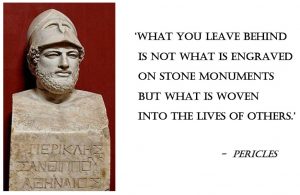 There’s a great example in history where one country tried this exact nonsense. Ancient Athens under Pericles had expanded its empire to encompass a wide range of land. They had out-sourced grain production from the poor soil around Athens to more fertile lands, assuming they would always have the means and ways to pay for the grain and get it home by using the power of their nigh-invincible navy.
And it worked up until it didn’t. The Peloponnesian War changed that. Once the Spartans figured out how to sail, one of their targets was the Hellespont, the source of grains for the Athenians. Athenian responded and sent all they could muster to defend Hellespont and defeated the Spartans.
Of course, Athens being Athens, they put to death six of their top naval commanders after a controversial trial concerning their conduct during a different naval battle with the Spartans. The commanders won the battle but lost their lives.
Lysander, a newer Spartan commander, directed another attack against the Hellespont. He not only won, he eliminated the Athenian fleet, and the Athenian grain fell into the hands of the Spartans.
The Spartans kept up their siege against the weakening Athens until, when running low on food and facing disease in 404 BC, they surrendered to Sparta.
This is not to say free trade is always bad, but there are some real problems that get swept aside in order to have tidy theories with nice graphs.

A Day Which Will Live In Infamy