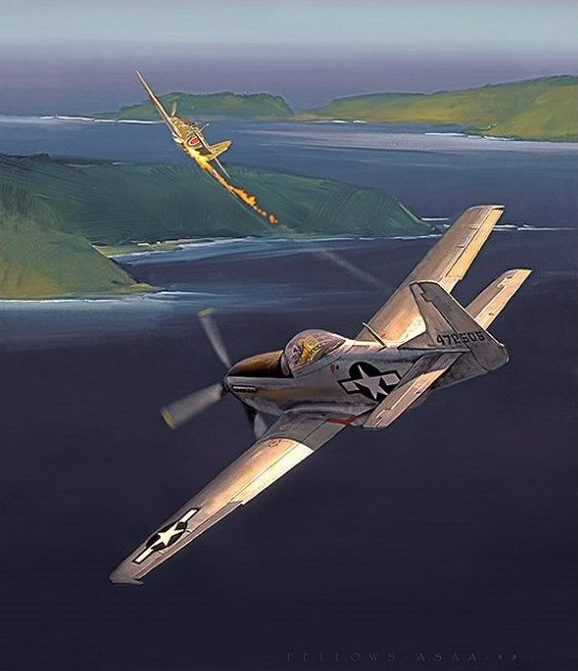 The following Pacific War anecdote, as told by General George C. Kenney (USAAF), is extracted from Five Down and Glory: A History of the American Air Ace, by Gene Gurney (published 1958).

On 11 January [1945] a couple of youngsters from the 82nd Tactical Reconnaissance Squadron took off from Mindoro in the P-51 (Mustang) fighters to look over the Jap airdromes in the northern part of Luzon and see whether or not they were occupied.
The leader was the squadron commander, Captain William A. Shomo. His wingman was Second Lieutenant Paul M. Lipscomb. Flying at 200 feet altitude, just southwest of Baguio, they suddenly saw about 2,000 feet above them a twin-engined Jap bomber, escorted by twelve of the latest-type Jap fighters. They told me afterward they figured it must be some very important general or admiral being evacuated back to Japan— it might even be Yamashita himself. Neither of them had ever been in combat in their lives, but they figured you had to start sometime and here was a wonderful opportunity.


Shomo, with Lipscomb hugging his wing, climbed to the attack and opened fire. Either the Nips didn’t see them before the shooting started or they mistook the P-51’s for some of their own aircraft. It was probably the first time they had seen the Mustang, as it had arrived in the theater only a week or so before.
Shomo promptly shot down the bomber while Lipscomb destroyed a fighter. The fight was now on. The Nips had broken formation and now tried to get re-formed and do something about the two hornets that seemed to be swarming all over them, but they just weren’t good enough. In addition to the bomber, Shomo got six fighters, while Lipscomb shot down four fighters. The remaining two Japs left at high speed for the north and a quiet place to land in Formosa. The kids flew around taking pictures of the eleven wrecked and smoking Jap planes on the ground and then headed back home.
I asked them, when they landed, why they let the other two Nips get away.
“To tell the truth, General,” said the cocky, blond Shomo, “we ran out of bullets.” Tall, lanky, drawling Lipscomb grinned and nodded confirmation.

I made Shomo a major and put in a recommendation to MacArthur for a Congressional Medal of Honor. Lipscomb I recommended for a Distinguished Service Cross and promoted to the grade of first Lieutenant. Their awards came through a few days later. The record score in a single air combat for all time had been established. Seven victories in one combat, and particularly in the first combat, is still an astounding score.
An interesting angle to the story came that evening when I was chatting with the two youngsters. I asked them what they did for a living before they got in the Air Force. Lipscomb was a Texas cowboy. Shomo— believe it or not— was a licensed embalmer. Poor Nips. 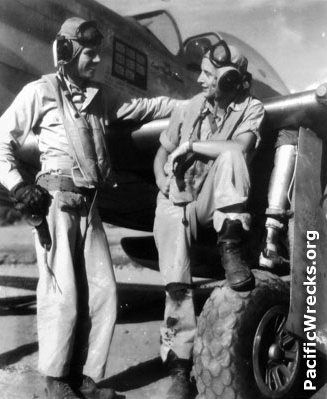 Why Epstein Had to Die

Win By Not Playing The Game