Editor’s Note: We share another thoughtful article (pun intended) from Adam Piggot, the Gentleman Adventurer.
My apologies for no hawt chicks & links this week [Ed.Note: This is a weekly post at Adam’s site] but it has been very busy for me and while I made sure to get an article up every day, I did not have time to browse the interwebs for suitable additions to a links article. That’s where the time is spent, finding the links. But I have down a little pursuing this morning and while it is not nearly enough for a links article, it is more than enough to write something to get your juices flowing in a general sense.
This is the ability to think for yourself.
Of course, I have written about this before. The 16th trait of the modern man embraces this core concept.

It’s said that people who don’t recycle are lazy. On the contrary, people who recycle are lazy; they are intellectually lazy. They believe whatever authorities tell them. And then they project their group-think mentality by attempting to shame other people into their delusional activity, thus doing the authorities’ job for them for free.

I wrote that over three years ago but it’s even more relevant today. We are bombarded both with information and false gods prophesying that we must follow them or the end of the world is nigh, you know the drill. The latest false idol being pushed is fronted by a 16 year old girl who proclaims that we must abandon our first world electricity and go back to being one with nature and grass huts and all that. 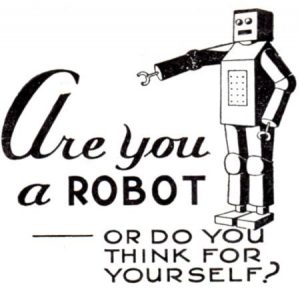 Frankly, I find it hilarious that a girl from her generation thinks that she can possibly lower her energy consumption, let alone guilt trip the rest of us into going without. This is the same generation that have forgone playing outside for a childhood spent with their eyes locked to some form of electronic device. The same generation that cannot possibly ride a bicycle to school but must be picked up and dropped off by a flotilla of private cars.
But I digress. My brief perusal of the web this morning gave me further examples of people using their ability to think for themselves. Take Dalrock as an example with this post about the US military crying wolf in regards to China.

Whenever military leaders declare that without further military spending our security is in danger I think of Instapundit host Glenn Reynolds’ great line about global warming:
I’ll believe it’s a crisis when the people who tell me it’s a crisis start acting like it’s a crisis.
Our military leaders are fully on board with using the military to promote a social agenda at the expense of war-fighting ability.  In this regard, their actions betray a sense that they are so superior to any potential adversary that they can afford to indulge in frivolity, no matter what their words might claim.

It’s easy on the surface to just believe what people are saying and get on board. But that slothful intellectual attitude ultimately leads you to falling down a rabbit hole of convoluted lies and deception. It’s much better in the long run to exercise a bit of skepticism in regards to whatever lies are in the process of being pushed.
Skepticism should be your default state in regards to all things except the word of God. Go outside and buy today’s newspaper. Now open it and read every article with the attitude that it is bullshit. Not only that, you have now acquired wisdom and accurate information, for if everything you read is an untruth then you have just discovered a whole lot of truth by taking a contrary viewpoint. Sure, you might make a mistake here and there but overall you’ll be a long way in front.
The most valuable moment in television history was The Opposite episode on Seinfeld.
Hillary Clinton blames her defeat on ‘voter suppression’ conspiracy theory.
You might think that this one is a no-brainer, but roughly 65 million people in the United States alone will believe this as fact. The point is that you are further along the path to thinking for yourself than you realise, but you’ve probably still got a long way to go.
How about this little snippet today on Maggie’s Farm? They simply posted a video to make a point, the point being that high speed rail in the USA could be brilliant if only we did a bunch of things. Oh, and they had the railways there in the past but the evil oil and car industries deliberately sabotaged them.
But then I go to the comments, and lo and behold we have some people with the ability to think for themselves.

QUOTE:
The average Amtrak passenger car apparently weighs about 65 tons (my guess is a high speed rail car weighs more). The capacity of a coach is 70-80 passengers, which at an average adult weight of 140 pounds yields a maximum passenger weight per car of 5.6 tons. This means that just 8% of the fuel in a passenger train is being used to move people — the rest goes into moving the train itself.Now consider a freight train. The typical car weight 25-30 tons empty and can carry between 70 and 120 tons of cargo. This means that 70-80% of the fuel in a freight train is being used to move the cargo. 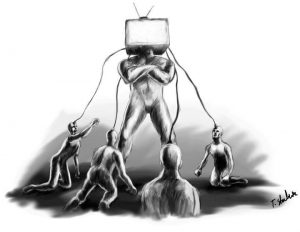 Listen to the language of the video “But some people are trying to fix that…” Not that they are taking sides. Rail was not cut out of government subsidy, as NJSoldier notes. it was the original recipient.
Rail is economical in very limited circumstances. High speed, subways, light rail, it doesn’t matter. There has to be high population density right at the stations. All the blather about re-invigorating downtowns because of the boost to restaurants and shopping only works for the business within a quarter-mile of the station. Same for commuters – it only works if you can cheaply get to the station without lots of parking fees and walking in the snow.
As for longer distances, they work between single high-density stops. But everyone along the way wants the train to stop there too. The cost-per-passenger climbs rapidly with each added stop.
People love trains. They are romantic. They are part of American history. I have taken a few train rides over the last few years. To go to NYC it is sometimes the best choice – though it usually isn’t and even Brooklyn is almost never worth it. They are efficient if they start right near your house and stop very near your destination. If you want to go from downtown Boston to downtown Chicago, the train is great. If you want to go just sorta near those places, the inconvenience will drive you to the airport fast.
An excellent book on the subject The Road More Traveled.

Most people who are too lazy to think for themselves made an additional mistake by approaching topics from appeals to emotion rather than logical curiosity. Politicians are notorious for this, of course. It is the nature of their business, and ultimately it is why democracy is a poor form of government. Even when the masses get it right, such as Brexit, our leaders attempt to do what they want anyway.
In short, you want to be a skeptical contrarian as much as you can. Which doesn’t mean sitting back and calling bullshit on the world. It means examining the evidence, thinking for yourself, and then calling bullshit on the world. There is a difference.

The Power of Stories

Adventures With A Scythe