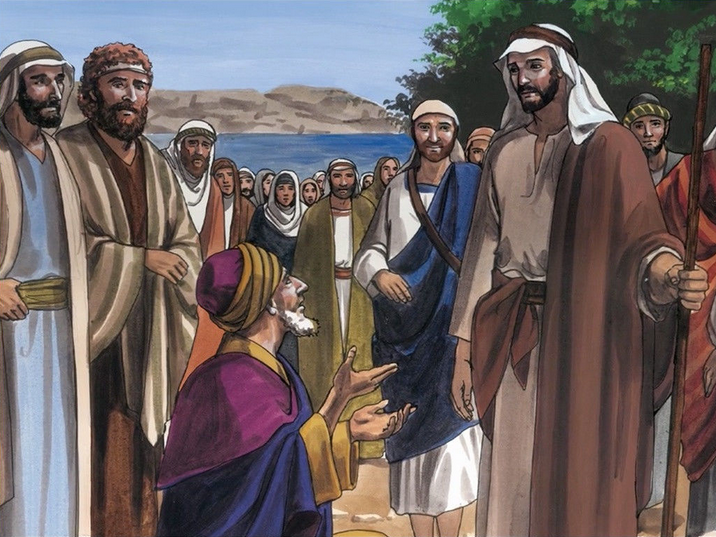 Editor’s note:  The following comprises the fourth chapter, third part (C12), of The Gospel of Luke: An Exposition, by Charles R. Erdman (published 1936).  All spelling in the original.

12. The Daughter of Jairus and the Woman with an Issue of Blood (8:40-56)
___________________________________________________
40 And as Jesus returned, the multitude welcomed him; for they were all waiting for him. 41 And behold, there came a man named Jairus, and he was a ruler of the synagogue: and he fell down at Jesus’ feet, and besought him to come into his house; 42 for he had an only daughter, about twelve years of age, and she was dying. But as he went the multitudes thronged him.
43 And a woman having an issue of blood twelve years, who had spent all her living upon physicians, and could not be healed of any, 44 came behind him, and touched the border of his garment: and immediately the issue of her blood stanched. 45 And Jesus said, Who is it that touched me? And when all denied, Peter said, and they that were with him, Master, the multitudes press thee and crush thee. 46 But Jesus said, Some one did touch me; for I perceived that power had gone forth from me. 47 And when the woman saw that she was not hid, she came trembling, and falling down before him declared in the presence of all the people for what cause she touched him, and how she was healed immediately. 48 And he said unto her, Daughter, thy faith hath made thee whole; go in peace.
49 While he yet spake, there cometh one from the ruler of the synagogue’s house, saying, Thy daughter is dead; trouble not the Teacher. 50 But Jesus hearing it, answered him, Fear not: only believe, and she shall be made whole. 51 And when he came to the house, he suffered not any man to enter in with him, save Peter, and John, and James, and the father of the maiden and her mother. 52 And all were weeping, and bewailing her: but he said, Weep not; for she is not dead, but sleepeth. 53 And they laughed him to scorn, knowing that she was dead. 54 But he, taking her by the hand, called, saying, Maiden, arise. 55 And her spirit returned, and she rose up immediately: and he commanded that something be given her to eat. 56 And her parents were amazed: but he charged them to tell no man what had been done.
___________________________________________________
As Jesus returned to Capernaum after curing the demoniac across the lake, he was welcomed by a great multitude in the midst of which were two sufferers for whom the Saviour showed his sympathy as he perfected their faith and relieved their distress. They were strangely contrasted in circumstances, alike only in their desperate need. One was Jairus, a man of prominence in his community, “a ruler of the synagogue,” a person of comparative wealth and power and social position, whose home for twelve years had been brightened by the presence of a little daughter, an only child, who was now lying at the point of death.
The other was a woman, poor, weak, ceremonially unclean, friendless, who for twelve years had been suffering from an incurable disease and who knew that by no human power could her life be prolonged.

As Jesus was starting for the home of Jairus this woman came up behind him, touched the border of his garment, and was instantly healed. Her faith was imperfect but it was real. She had supposed the power of Christ to be merely magical and mechanical. Jesus showed that it is inseparable from divine knowledge and love. He had felt the touch of her trembling finger. He had distinguished it from the press of the jostling throng; and now for her own sake he required the woman “in the presence of all the people” to acknowledge her cure. Jesus would have us know that faith is a dependence upon his gracious person and purpose, and also that only after public confession of our relation to him can we receive the assurance that we are saved and can hear his blessed word, “Thy faith hath made thee whole; go in peace.”
The faith of Jairus was likewise imperfect. It was more intelligent than the faith of the woman but it fell short of that revealed by the centurion in the same city who felt it unnecessary for Jesus to come to his house but only to speak a word and a cure would be effected. Nevertheless this faith was genuine and so Jesus strengthened it and rewarded it. The very fact that Jesus started toward his home was reassuring to the father, but his faith was tested by the delay caused in curing the woman. However, it was also strengthened by this proof of divine wisdom and power. Most terribly was his faith tested by the message which then reached him, “Thy daughter is dead; trouble not the Teacher.” Yet again, it was confirmed by the word of Jesus, “Fear not: only believe, and she shall be made whole.” As he entered the house, Jesus spoke another word which rebuked the faithless mourners and cheered the agonized parents, “Weep not; for she is not dead, but sleepeth.” He meant that in his presence and in virtue of his power death loses its reality and is robbed of its victory. Nor has the word lost its meaning and its comfort for the followers of Christ during all the subsequent years.
Jesus showed clearly what he meant as he took into the death chamber his three closest friends and the two trembling parents, as he stood before the sleeping child and “taking her by the hand, called, saying Maiden, arise. And her spirit returned, and she rose up immediately: and he commanded that something be given her to eat.” The record indicates the supreme thoughtfulness and tenderness of the Master. He took with him only three disciples for he would not have the awakened child terrified by the sight of more strangers. When the miracle had been performed he requested that the little girl should be given food; this was for her own comfort but also to break for the parents the spell of awe and terror which had been cast upon them by the presence of death, and also as a proof not only that life had returned but also that complete recovery from disease had been secured. One other command is recorded, “He charged them to tell no man what had been done.” The three disciples would be competent witnesses of the miracle but a widespread report by the parents and their friends might arouse such an outburst of excitement as to interrupt his work and precipitate a crisis before the earthly ministry of our Lord was complete. 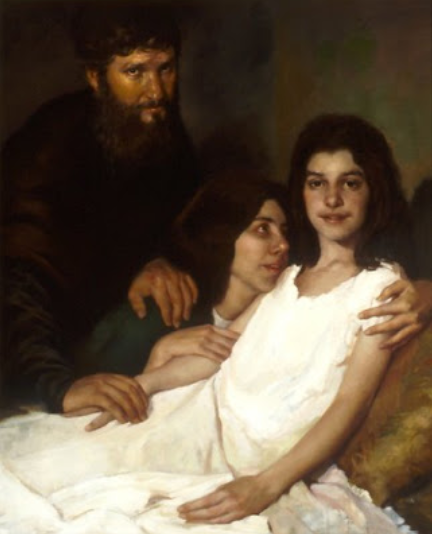 (Go back to previous chapter)
(Continue to next chapter)

Gen Z Analysis Of The Group Responsible For All Our Troubles

There Is No Judeo-Western Anything