Why do the Scriptures exact such retribution from ingrates?   Because ingratitude is a semblance of the denial of God.  And one who denies belief in God is, in essence, an ingrate.  A person who denies the good that his friend has done for him will tomorrow deny the good that God his Creator has done.

In this teaching, ingratitude is equated with heresy.  The most basic meaning of ingratitude is to cover, as in covering a pot.  An ingrate seeks to cover, to deny the fact that good has been done for him, to minimize another person’s kindness towards him.  He rationalizes, “Why should I feel grateful to him?  He didn’t really do much for me.  I owe him nothing in return.” One who is ungrateful towards God denies all of the good that God does for him.  His ingratitude implies that all the good that happens in his life is not granted him by God.  This is a form of heresy.

Abraham, in a generation of idol worshipers, came to recognize the one true God.  He did this by contemplating the world, with its infinite blessings, its symphony of creations working together in perfect harmony, and asking himself: “Can it be that this palace has no director?” The Director gazed upon him and said, “I am the master of the palace.” (Yalkut Shimoni, Parashas Lech Lecha)

Rabbi Eliyahu Dessler comments, that in truth there are no real heretics.  Someone who denies belief in a Creator does so because he simply refuses to acknowledge God’s goodness.  If he did acknowledge His goodness he would feel obligated to obey His Word – and the “heretics” of this world are not willing to do that.

For since the creation of the world His invisible attributes are clearly seen, being understood by the things that are made, even His eternal power and Godhead, so that they are without excuse,  because, although they knew God, they did not glorify Him as God, nor were thankful, but became futile in their thoughts, and their foolish hearts were darkened.  (Romans 1:20-21) 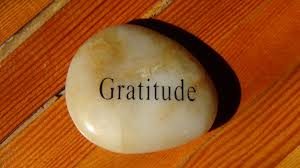 Hakaras hatov, literally ‘recognizing the good’, commonly rendered ‘gratitude’, means appreciating everything – the small things as well as the great.  Grasping the magnitude of hakaras hatov will transform a person’s life. On the third day, God commanded the earth to bring forth trees and vegetation, and so it happened.   But later, the Torah states:  . . . now all the trees of the field were not yet in the earth and all the herb of the field had not yet sprouted, for the Lord God had not sent rain upon the earth and there was no man to work the soil (Genesis 2:5).
The verse says that the reason plant life had not appeared was because there had been no rain and no man.  This puzzled the Sages and they wondered what this could mean.  Rashi suggests that the trees and the vegetation were indeed created on the third day, but were still below the surface of the earth.  They could not come to fruition until there was rain, and that God did not let the rain fall until there was a man to appreciate the need for it, to pray for it, and to feel gratitude for it.  Hakaras hatov – recognizing the good and being grateful for it.
Without vegetation, life could not exist – and without a human being to be grateful for it, there could be no rain and no vegetation.  God created the potential on the third day, but the potential could not come to fruition until there was a human being to pray, to appreciate, and to express his thanks.  Only man can understand God’s goodness and thank Him for His blessings. I truly believe that hakaras hatov will fortify all our relationships.  Nothing is due us.  Nobody owes us.  If we learn to acknowledge God’s constant kindnesses, we will love Him and forge a powerful connection to Him.  Hakaras hatov ennobles us and enables us to be true servants of God and forms the basis of all our relationships.
Atheists believe that  the world ‘just happened’.  The fundamental belief of an atheist is his lack of a relationship with a Creator.  Living a life of gratitude rectifies relationships and makes it impossible for one to believe that blessings ‘just happen’ – every gift has a giver.

Beast Life: Guest Post by Ivan Throne on Self Defense