We’ve all seen the lists: in order to be ready for SHTF you need this much food and that much ammo and some gold and a hand-crank battery charger. And that’s all well and good. But one thing I’ve never seen on a prep list is the safest and most versatile insecticide you can buy: diatomaceous earth, or DE. It needs to be on yours.
What the heck is diatomaceous earth?
DE is a powder ground from the mined, fossilized remains of diatoms, little prehistoric crustaceans. It looks, feels, and tastes like chalk. But its edges are sharp enough to cut through an insect’s outer shell. Crawling insects that come into contact with DE will die from dehydration within days: their innards simply dry out through their exoskeletons. DE controls any insect that crawls, from ants to roaches to fly larvae. But it’s harmless to people and livestock and is used by some as a dietary supplement for colon health. 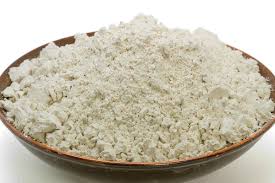 I first heard about DE from an organic farmer who used it to control insects in his grain storage bins. He couldn’t (and wouldn’t) use poisons or chemicals, and he swore by its efficacy. Since then, I’ve run across dozens of homesteaders who use DE in countless creative ways.
How should you use DE?
The most obvious use is in home areas where you don’t want insects, like pantries and bedrooms. “dusting” DE into cracks, under shelves, between mattresses, even in plastic bins full of bags of spaghetti will keep insect populations under control. DE isn’t a poison, it’s a mechanical insecticide, so don’t expect to see dozens of dead bugs in the next hour. It works over days and weeks, but because it’s mechanical, it will work forever, or at least until it gets wet.
It can be used directly in the garden, as it’s not harmful to bees (they don’t crawl on their bellies and so don’t get scratched by it). Sprinkle it around and on plants and it will control many pests, including slugs and young Japanese beetles*. DE will need to be re-applied after every rain.
Rub your dogs and cats down with DE to control fleas and ticks. Add it to your chickens’ dust bath to control mites. I’ve even heard of people using it as a de-wormer for pigs and cattle** (add two pounds of DE per hundred pounds of feed). It has the added benefit of coming out in their manure, where it can kill emerging fly larva.
What are the dangers?
There are two kinds of diatomaceous earth, food grade and pool grade. Pool grade is used for pool filters and is not safe for people.  Make sure you’re getting food grade DE. I’d also be careful when spraying it not to breathe in the dust. While some claim it will not harm your lungs, one can never be too safe.
How well does it store?
It’s made of fossils. It will store forever.
Where do I get DE?
You can buy it in small (up to two pounds) bags at Wal Mart or up to fifty-pound bags on ebay. Unless you run a full-time homestead, fifty pounds (about seventeen gallons) should keep you in shape for the rest of your life. Store it in lidded plastic buckets and don’t worry if it spills on the pantry floor.
In an SHTF situation where access to consumer goods like poison-based insecticides could be sharply limited, you’ll still need to deal with bugs. In fact, control of household pests and the diseases they spread may become more critical than ever. Having a robust supply of this mechanical insecticide should be high on your family’s prep list.
* DE will not work on squash bugs, however. They remain a fearsome foe.
** Others are not convinced of its effectiveness in this regard.

A Historical Sketch of Istria