It’s tempting, here at the Men of the West, to say we don’t care about the so called Pink Tax. Because we don’t. We don’t care what women choose to pay for their jasmine-scented, coconut-flavored hair products. Men buy shampoo because it says shampoo somewhere on the bottle. We may notice that one bottle is cheaper than the other, and choose to buy that one. If women make different decisions, that’s not something we lose sleep over. I figure women could buy the same stuff we do. They’re screwed on conditioner, though. I’m not sure what it does, but women seem to think it’s necessary. Sucks to be them.
Unfortunately, there are people that push these narratives, and then we are forced to look up from our reloading manuals and respond. Let’s look at the video Burger King put out the other day.

Now a cynic might believe that Burger King is smarter than all that. They might realize that a woman could look at pink razors marketed towards women, and standard razors marketed towards men, and realize that they could buy the men’s razor since there isn’t any real difference, and save a few pennies. I’m sure Burger King knows that. They could point this fact out, and actually help women avoid getting taken advantage of. They are smarter than that though, because that way would point out that women are stupid for paying more for the same thing. They could even point out that women think that inexpensive means low quality, and they will refuse to buy cheaper stuff. (They won’t skimp on hair products because they want to look good for men, something we wholeheartedly support.)
But, Burger King’s goal with this ad is to sell women hamburgers, not help women. You don’t sell junk food by pointing out that your target demographic is stupid. (If they were smart, they would eat something healthier than Burger King.) So instead, they crank up the virtue signal. If this ad did what it is supposed to do, there are now lots of women willing to consume too many calories because they think Burger King is on their side.
Wait a minute. Burger King actually does call women stupid. At the end of the video, after these heroic women refuse to pay more for chicken fries that come in a pink box, Burger King gets them to admit that they pay more for razor blades. They admit they are not smart consumers. This is like Babe Ruth calling his shot. Burger King is pointing out women’s stupidity, and women will still buy chicken fries from them. That’s almost as delicious as this Bacon King Jr. that I’m having for lunch.
Someone even more cynical might point out that there’s such a thing as a white tax.

Umm. Why is the black doll cheaper? Capitalism knows the answer. 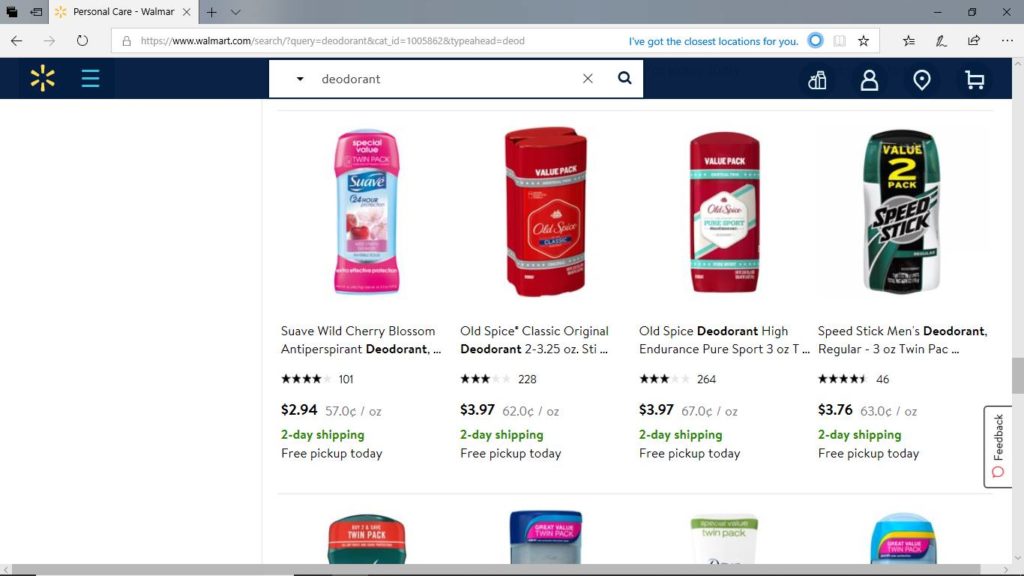 Women’s Deoderant is cheaper, because men stink. Because we work harder, or something.
Now that we’ve gotten our sarcasm in, we can go back to our male privilege, and enjoy a fine cigar and some bourbon. If there is a pink tax, women are free to stop paying it any time they want to.

Where to Live IX – Catastrophic Threats

Where to Live X – Asteroid Edition