The Other McCain has a piece up about the cult of self esteem, a topic which in the past I have also addressed although I referred to it as the cult of happiness. But I found this snippet from McCain’s article particularly interesting:

Many years ago, I spoke at a national Christian home-schooling conference and my speech was more political than religious, addressing the issues of liberty involved in educational freedom. During the Q-and-A afterwards, I was asked: “How does your faith affect your political views?” Having not anticipated such a question, I was silent for a moment before answering: “I think it’s about that ‘Thou shalt not steal’ thing.”
From there, I went on to explain how the fiscal action of the Welfare State amounts to theft on a grand scale, taking money from the people who earned it and giving it to other people who didn’t. This is immoral, and our participation in this immoral system corrupts us.

One of the aspects of my consistent behaviour that I am proud of, (and it is good to sometimes acknowledge where you have done well), has been my total rejection of welfare for myself in my adult 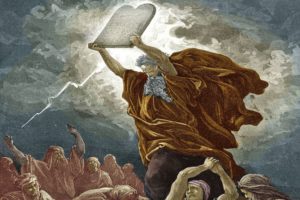 Geoffrey of Monmouth and the Stories of Arthur