Editor’s Note: We are pleased to welcome a new guest writer, Adam Piggot, the Gentleman Adventurer. We encourage you to visit his website, as he has written quite a bit of good material that Men of the West support. That is pretty easy to do, since he is a true Man of the West. We look forward to his ongoing contributions here, as well.

The recent drama over the public hit and takedown of Milo Yiannopoulos and the predictable response of mainstream conservatives to throw him under a bus was a long time coming. It is supremely ironic that while the Left celebrates and promotes homosexuality and its associated lifestyle, they were quick to use some basic truths of that same lifestyle to successfully attack a flamboyantly gay man who had the temerity to be simultaneously gay and conservative. His obvious talents at exposing the hypocrisies of the Left were on evident display in his own personal downfall. 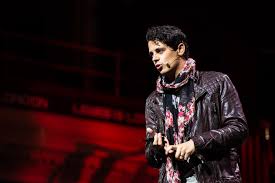 But Milo was always vulnerable due to the same outrageous lifestyle that provided him with so much ammunition. It was simultaneously his shield and his great weakness. And that is because homosexuality is in of itself a weakness. It is a trial which some men find themselves cast into, and often due to their unfortunate contact in adolescence with adult homosexuals.
Each of us transitions through several stages in life. We go from childhood, to youth, to middle age, and finally to old age. The primary attribute of youth is boldness. Young men fight wars, undertake adventures, and willingly take all manner of risks. The curse of youth is sexual desire. If we are not careful it can rule our minds with primitive lusts that compel us to all manner of unwise and unhealthy behaviours.
In addition to this we live in an age where the emphasis is on personal pleasures and feelings. Being happy is the only goal over which many young men meander, a goal that is ultimately meaningless and illusionary. Other cultures refer to us as ‘the decadent West’, an unfortunately accurate label. Our forefathers built a wealthy and wondrous civilization through hard work, sacrifice, and duty, the fruits of which we have been enjoying now for too many generations.
In these matters it is wise to look at history and observe how previously dominant cultures approached these matters. The Roman writer and philosopher Marcus Tullius Cicero wrote the following in ‘How to grow old’:

“… Cineas said that there was an Athenian professing to be wise who claimed that everything we do should be judged by how much pleasure it give us. Now, when Manius Curius  and Tiberius Coruncanius heard this from Fabricius, they said they hoped that the Samnites and Pyrrhus himself would adopt his teaching, since it’s easier to conquer people who surrender to pleasure …” (Emphasis is mine).

Here is another relevant passage:

“… He said the most fatal curse given to men by nature is sexual desire. From it springs passions of uncontrollable and reckless lust seeking gratification. From it come secret plotting with enemies, betrayals of one’s country, and the overthrow of governments … And since nature – or perhaps some god – has given men no finer gift than human intelligence, this divine endowment has no foe than naked sensuality …”

The defining characteristic of homosexuality is sexual pleasure. While the average heterosexual man has under ten sexual partners in his lifetime, the average homosexual man numbers over a thousand. Nobody who has followed Milo’s meteoric rise over the past two years will have missed his enthusiastic cataloguing of the many and unvaried sexual partners with which he has debauched himself.
Sexual pleasure and lust in youth is understandable but it is marked by an absence of self-control. Decent behaviour is not possible in such circumstances. As we transition to middle age and we are freed from the wild passions of youth, those of us with some maturity feel relief from this liberation. We can still enjoy these passions but we are no longer in thrall to them. Pleasure enjoyed with careful circumspect is an attribute of maturity.
This is why homosexuals in general are stunted men. They arrived at the period of youth and they got no further. Seduced by the pleasures of lust they are then forced to continually strive to hold their bodies in the glorious time when they were young and nubile. Thus we are witness to the homosexual decadence that seeks continual pleasure and adoration in the young.
Middle and old age are not only marked by the obvious degeneration of the physical body. When we reach middle age we grow more serious and old age is graced with maturity. While keeping the spirit of youth alive throughout our lives is critical to aging well, desperately clutching to youthful pleasures when they are far behind us is mere foolishness at best.
My issue with homosexuality is that it is a stumbling block on the passage of man through life. More than that, it is a trap. The siren song of lustful pleasures that hold a man down until his waking life is reduced to only seeking the next pleasurable gratification. It is an orgy of excess. A prudent man practices moderation which is the antithesis of a homosexual lifestyle. 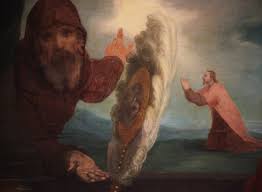 Milo is a lapsed Catholic and this is his burden. But with God’s help he might be able to reject homosexuality and redeem himself. What an example he would then be for the world. No culture or civilization that historically gave itself over to wanton pleasure ever survived for very long. As young men today while you can enjoy various pleasures it is your duty not to be ruled by them. The stakes are high.

Wives: How to Feel Hot for Your Husbands Again, Part 1

Soros and the New Testament Jews