“I think that is what a loving and forgiving God would want . . .”

This sentiment (and variations thereof), often expressed by people who clearly do not believe in God, let alone adhere to His ways, has been popping up of late in the comment sections of a couple of blogs that I frequent.
Everyone has an idea about what God would want or not want based upon some inner yardstick by which they measure right and wrong themselves. “I think God wouldn’t mind if I…” is a refrain I hear more and more. It doesn’t matter to them that God, in His Word, has condemned their choices. Does it really matter what we think God would want?
Regarding what behaviors we think God surely must approve or disapprove, the God of the Bible says, “For my thoughts are not your thoughts, neither are your ways my ways, says the Lord. For as the heavens are higher than the earth, so are my ways higher than your ways, and my thoughts than your thoughts.” (cf. Isaiah 55:8-9) 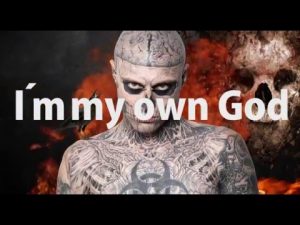 His is not some god of a person’s own invention as they “think that he ought to be”, standing on the sidelines like a cheerleader, rubber stamping “brave, independent” choices, but He is the living God, whose “wants” are clearly stated in the Bible and have nothing to do with popular vote, cultural changes or societal norms. (It used to be that when people created a god which suited their ideas, it was called idolatry). What happens when traditional, ostensibly Bible-based religious establishments, which are supposed to function as a light shining in a dark place, begin deriving their power from the culture rather than the Word of God?  What if God, who frankly doesn’t care what we think that He should do, declared in no uncertain terms that all of the things mankind thinks about Him are complete rubbish?

“…Man drinks iniquity like water!” (cf. Job 15:16)
“…The fool has said in his heart, ‘There is no God,’ they are corrupt, and have committed abominable injustice; there is no one who does good. God has looked down from heaven upon the sons of men, to see if there is anyone who understands, who seeks after God. Every one of them has turned aside; together they have become corrupt; there is no one who does good, not even one. Have the workers of wickedness no knowledge, who eat up My people as though they ate bread, and have not called upon God?” (cf. Psalm 53:1-4)
“For all of us have become like one who is unclean, and all our righteous deeds are like filthy rags; and all of us wither like a leaf, and our iniquities, like the wind, take us away.” (cf. Isaiah 64:6)

The fool has said in his heart … literally, the withered man (rendered fool in most translations) has said in his heart. The ‘withered man’ is one who is morally and mentally degenerate. And in the context of this Psalm, the withered man does not denote one individual only, but but the majority of an entire generation of men. The idea and sense of of the withered man is that his moral strength has disappeared and he is no longer able to draw from any sense of duty the power to master his urges and desires in order to conduct his life as a free moral agent. In short, he is a slave, and very much like a withered leaf, he is tossed to and fro by influences from without and within. Consequently, all of his deeds become an abomination, since all of His deeds oppose what G-d requires of him.
To know the true God is to understand what He has stated regarding using tools of wickedness to achieve some “higher” purpose. Light and darkness are incompatible with each other. Lies, profanity, and immorality are not methods for living a life of good moral character. These methods are not honorable. Gasoline can never be used to put out a fire.  A person who thinks like this is in danger of burning down their home and taking lives in the process. 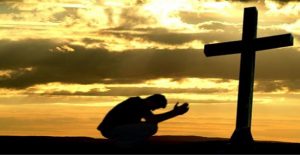 God has stated what He thinks, what He loves, and what He forgives. He has also stated what He hates and will not forgive. Do people even know that God says that He won’t forgive certain things? Do people know what those things are? It is a symptom of what is wrong with our society: everyone believes that in just their own circumstance, previously unchanging and immutable laws (those principles which allow business and personal relationships to function without collapsing) such as honesty and the ability to trust in another’s word, may be temporarily set aside because the situation demands it. The ends justify the means. Not if those means run contrary to His Word and what He has said on the matter.
The truth is that God is both loving and forgiving, to the repentant. His word is filled with longing entreaties to his beloved bride Israel to return to Him and repent of her deeds, as He desires to pardon her. However, He also states categorically that she must submit to His will and that her return and forgiveness will be predicated upon forsaking the sin which she committed when she strayed from His commandments. Repentance must include confession that her actions were wrong. No justification for her wrongdoing is ever laid at the door of God. He did not fail her, she failed Him.

A Legend of Bregenz

The Battle of New Orleans