Editor’s Note: As you read through this, it might interest you to know it was originally written in 2008. Our author titled it: “California Wildfires: Enlightened Progressive Culture at Work.” Look folks, new bosses, same as the old ones. Nothing has changed.

Let’s consider the predicament of reconciling observed reality with the utopian garbage the average kalifornian finds his empty brain pan attempting to process: 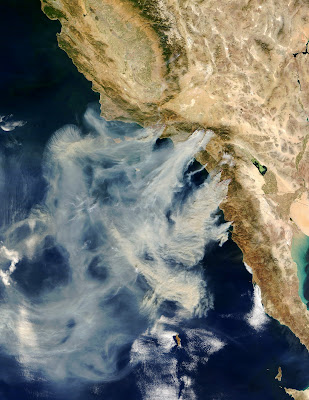 1) Logging is BAD! It kills trees and Gaea doesn’t like it.
BUT! Logging removes timber in such a way as to make uncontrollable wildfires unlikely.
2) Carbon dioxide emissions are bad! It makes Global Warming and industry and evil industry and cars cause that. Kalifornians are all for anything draconian to reduce carbon dioxide up to and including holding their breath. Would that they would all continuously do the latter.
BUT! (ahem…) Tree Hugger policies have turned national and state forests into tinder boxes resulting frequent emission of hundreds of tons of evil (says they) carbon dioxide.
3) Diversity and Tolerance are everything! They worship at the Church of the Progressive Utopian every day.
BUT! Taxes, cost of living, general standard of living, violent crime get worse every day.
4) The Gub’mnt Knows Best and will take care of everything ’cause they are real smart and stuff.
BUT! The ignorant hillbillies have reliable electricity and Kalifornians often don’t.