All future Presidential candidates’ social media usage will be compared to Trump’s. 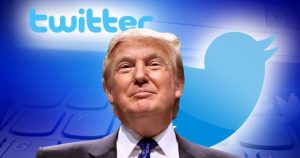 Trump rode a wave into the White House due to no small part his use of social media, specifically Twitter. (Twitter, as a company, probably won’t last more that eighteen months but the service could live on.) His tweets are the stuff of legends and he keeps getting more reaction from each one.

This latest one, the one from the WWE and he clotheslines CNN, sparked off a chain reaction that could sink CNN.

Here’s the timeline as I understand it:

The last bullet is the key point. He’s not involving himself in this. This outrage isn’t manufactured or fanned into a fever pitch by Trump himself. Yes, he got the ball rolling. Yes, he’s the one that has been calling CNN “Fake News” publicly. But that’s the extent of it.

Everything else is stemming from distrust and disdain the average social media user has of journalists in general, CNN in particular.

The memes have been coming in thick and plentiful. And they are all of Trump beating the stuffing out of CNN.

CNN is in talks to merge with AT&T. /pol/ could disrupt this by applying their autistic powers and finding things that CNN doesn’t want known. They can make CNN such a toxic asset that even AT&T won’t have anything to do with them. Billions of dollars are on the line here.

CNN might have just Barbra Striesanded themselves out of existence. Trump just needs to sit back and let it unfold. If this doesn’t sink CNN, well, he can always fire off another mean tweet to control the news cycle, again.

Trump has set a record by which all future Presidents will be measured. Can he handle social media like Trump?

“The Gods of the Copybook Headings” by Rudyard Kipling