During the era of the First Temple, peace meant not being disturbed in the midst of one’s endeavors and living in a manner that was not distinct from the surrounding nations.  In other words, peace meant assimilating and adopting the ways of the surrounding nations in the vain hope of winning their admiration, understanding, and friendship.  It was during this era that men criminalized the truth and exalted falsehood as a virtue, while lulling a people who were on the brink of destruction into a false sense of security by means of an empty slogan: “Peace, peace!”
During this period of our history, men who were valiant defenders of the truth were considered the real troublemakers, worthy only of a blow upon the cheek when they failed to “prophecy anything good” concerning the powers-that-be.  This was a time when it was vital to “sin and deny the living God;” “to rebel against our God;” it was necessary to “preach disloyalty and rebellion, to produce and utter from the heart words of falsehood;” it was important to insure that “justice was turned back and that duty stood afar off; for truth stumbled in the streets and uprightness dared not enter anywhere.”
The nation had become a place where truth was a true anomaly and anyone who dared stand against injustice was summarily dismissed as a madman.  But, “God saw it, and it was wicked in His eyes that justice no longer had an agent.”  And so, God Himself would become truth’s agent, an agent Who would establish the truth and destroy the imposing edifices of lies and so-called peace.  (cf. Isaiah 59).
First truth, and only then peace.  So long as peace does not deny the truth, does not endanger the truth, is not gained at the expense of truth, such peace is truly a treasured possession and a pearl of great price.  No struggle in the defense of truth is ever unwarranted and its defenders have nothing to fear, even if the entire world stands against them.  This value of peace was lost to our leaders during the era of the Second Temple and a divisive spirit, which sowed hatred and dissension among families, prevailed.  So, peace at the cost of truth destroyed the First Commonwealth, while truth masquerading as a cover for power-seeking interests of the more influential circles undermined the Second Commonwealth.

Where do we stand in relation to truth and peace in our day?  How do we relate to the truth today?  Is truth the most precious commodity that we know?  Do we take to heart the admonition of Solomon to buy the truth and never sell it?  Is the truth so near and dear to your heart that you desire only that peace which is not predicated upon the demise and ruins of the truth?
Or is peace so important to you that the only truth you desire is that which is compatible with everything else in your life?  As one Sage put it: Would you bow only before that truth which has first bowed before you?
Today, the truth is something that is “spun” and “reframed.”  We have grown accustomed to “white lies” and “half-truths.”  Today, we are told that truth must be “accommodating” if it is to remain relevant, that the truth is found in the so-called “middle-course.”  I have news for you, it is falsehood that is found in the middle-course, simply because the truth is precise and the truth is unequivocal and the truth is too sacred to be bargained with or compromised.
We are admonished by so-called moderates who advocate a middle course that it is important to remain “impartial” which simply means the truth is of no real concern of ours and that we must never object to anything.  We must try to be neutral on all questions and express only words of approval for everything and everyone: for those on the right, those on the left; for the true and for the false.  We must be sure to select only that kernel of truth which we know is acceptable to everyone, specifically that kernel of truth which we know will bother and disturb no one.  In short, truth must be sifted through the filter of peace, so-called.
As we consider the bedrock of any society – family life, marriage, the home, education etc. – is it the truth which governs these institutions, institutions which determine our present and future well-being, is it the truth that dictates everything, questions everything, and decides everything?  Or is it peace borne from political correctness and social acceptability that whispers in our ears that we must “go along to get along?” 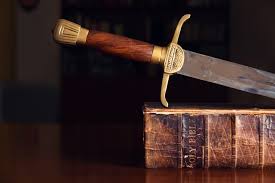 For the sake of peace, parents compromise with their children and utter nary a word as they watch their children, especially grown sons and daughters, reject all that is true, noble, admirable and praiseworthy; children who reject the Godly values the parents worked so hard to instill in them from the cradle.  For the sake of peace, parents consent to marriages where their children have chosen un-Godly and irreligious spouses, or even worse yet, forbidden unions or a permissive and promiscuous lifestyle of “hooking up.”  For the sake of peace, parents tolerate the pernicious and un-Godly influences of worldly uncles, cousins, and friends.  The schools, universities, seminaries, and yeshivas repudiate the truth so as not to offend the sensibilities of the parents or of whomever else they fear might disapprove.  These and like compromises “for the sake of peace” are legion today.
And what about our love of the truth?  Is our love of the truth so great, deep and pure that it includes, in equal measure, the sincerest and deepest love of peace?  Are all of the struggles and battles we wage for the cause of truth untainted by personal interests?  Is the truth ever in danger of being brought into disrepute by those who claim to be struggling so valiantly on its behalf?  Is the cause of truth truly more important to us than our image, prestige, or social standing?  Can we put ourselves and our personal interests dead last when the cause of truth demands of us such a sacrifice?

I will hear what God the LORD will speak, for He will speak peace to His people and to His saints; but let them not turn back to folly.  Surely His salvation is near to those who fear Him, that glory may dwell in our land.  Mercy and truth have met together; righteousness and peace have kissed.  Truth shall spring out of the earth, and righteousness shall look down from heaven.  Yes, the LORD will give what is good; and our land will yield its increase.  Righteousness will go before Him, and shall make His footsteps our pathway. (cf. Psalm 85:8-13)

According to the interpretation of our sages:
“First truth which has been grounded into dust, must spring forth from the earth again.  At the present time . . .he who practices loving-kindness is esteemed and sought after, while he who champions the truth in word and in deed is persecuted and shunned.  For men desire to base their affairs on everything except the one incorruptible truth which has been set down before us by God , and therefore these affairs have no permanent value . . . only when love and truth meet together, only when men come to understand that the highest act of loving-kindness is to bring men to know and practice the truth, only then will the marriage of love and truth produce that condition on earth in which everyone and everything will occupy the place which has been assigned to it by the will of God.”

The Crowning of Charlemagne