Editor’s Note: Here we look at one of the early English settlers in America. He was famous enough to warrant mention in the historical records, and you can read more about him at his Infogalactic entry. Still, all in all, he is one of the numerous men mostly lost to the mists of time, yet it was exactly this type of man who helped tame the American wilds, bring civilization to these shores. As we peruse the scant historical record of the man, we see someone born into rebellion, hard headed, cantankerous, and prone to outbursts. He never lost his rebellious spirit, even in old age, and always pushed for what he viewed to be correct, not afraid to say what he thought.
Hatcher’s ancestors came from Lincolnshire, England, and we presume they were in Normandy earlier. The name “Hatcher,” like the word “hatchet,” was derived from the Norman-French hache, a light battle-ax. After the Norman invasion, they anglicized the name to “Hatcher.” [Ed – Some say the name is derived from the Old English haace, so there is some dispute to its origins]. A tombstone dated 1564 still stands at Careby Manor in Lincolnshire. Its inscription says that the Hatcher’s buried there were of the ancient Hatcher family who was for many generations the “Lords of this Manor.” 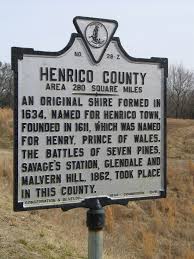 From these Hatchers descended one William Hatcher of Careby, England. He was a Member of Parliament and took up arms against the king during the English Civil War. For this, the King’s forces seized him and indicted him for treason in 1643. His son, also named William, was born in Careby, England, about 1614 and came to Virginia about 1635, figuring conspicuously as a resident of Henrico. On June 1, 1636, he received a patent for land for the importation of himself and three others into the colony. In the land grant office in Richmond are recorded the several grants of land issued to this William Hatcher: 850 acres; then later, 150 acres; and yet later, 227 acres. In their beginnings in Henrico, the Hatchers were very well to do people. William Hatcher, “the Immigrant”  became a member of the House of Burgesses from the County of Henrico and served in that capacity in 1644, 1645, 1646, 1649, and 1652.
At the beginning of the Session of November 1654, the House of Burgesses made the following order: ” Whereas Col. Edward Hill, unanimously chosen speaker of this house, was afterwards maliciously reported by William Hatcher to be an atheist and blasphemer….. and forasmuch as the said William Hatcher… hath also reported, that the mouth of this house was a Devil….It is therefore ordered by this house, that the said William Hatcher, upon his knees, make an humble acknowledgement of his offence unto the said Col. Edward Hill and Burgesses of this Assembly; which accordingly was performed, and then he, the said Hatcher, dismist paying his fees.”
William Hatcher was again Burgess in March 1658-9. So far as the extant records show, this was his last public service, but the temper which induced him to denounce Speaker Hill got him into trouble at the time of Bacon’s Rebellion. At a court held by the Governor and Council, March 15, 1676-7: “William Hatcher being brought before the court for uttering divers mutinous words tending to the disquiett of this his Majesty’s countrey, and it being evidently made appeare what was layd to his charge by divers oaths, and a jury being impanelled to assesse the damages, who bring in their verdict that they award the said Hatcher to pay ten thousand pounds of tobacco and caske, which verdict of the jury this honourable court doth confirme: but in respect the said Hatcher is an aged man, the court doth order that the said Hatcher doe pay with all expedition eight thousand pounds of drest porke unto his Majestie’s Commander of his forces in Henrico county. for the supply of the souldiers, which if he fayle to doe, that he pay eight thousands pounds of tobacco and caske the next cropp, and pay costs.”
He was much more fortunate than most who took part in this rebellion, which was called by Bancroft the “Harbinger of American Nationality.” Many were committed to prison and were condemned of all or most of their property, which, incidentally, was given to friends and supporters of the King. The citizens of Henrico Co. sent the King a list of their grievances and requested that they be heard. This manuscript signed by: Wilber Elam, John Pleasants, Solomon Knibbe, and Will Hatcher. This was reported in “The History of Henrico Co, VA”.
From Mrs. Glenn M. Turnell, in a letter to The Stovall Journal in 1993: “In 1658/59 at Newport on Rhode Island Mr. Robt. Potter acted for Mr William Breuton, merchant and Mathew Burne of Boston to sell a ship or Barq for 300 pounds lawful money of England to George Potter, Wm. Hatcher and Henry Randolph all right in the vessel Blackbird. This was evidently a fairly good size ship, considering the amount paid for it. Now we also know that young Thomas (son, or grandson of William) carried on a merchant trade with Boston as evidenced by a suit brought against him and he may have died at sea in it, as his wife states: “I never heard any certain information of ye manner of ye death of my dear husband Mr. Thomas Burton.” Even though there were many years between the purchase of the ship by William Hatcher, Henry Randolph, and George Potter, this could certainly have been the one used by young Thomas Burton around 1686/1691 at the time of the letter to his mother regarding his estate.”
William Hatcher descended from those who stood up for their beliefs, and he brought that attitude with him to America. He was willing to serve in political office, but was also quick to speak his mind, which often got him into trouble. Along the way, he fathered several children, and his descendants spread from Virginia to Texas within a few generations. He died shortly after his participation in Bacon’s Rebellion, but his legacy lives on, even today. He was a true Man of the West.

Beast Life: Man Up and Get a Grip

Gamergate as an effective template for defense against SJWs