When folks think of ignorant people, they generally think of the rural. It’s always some small town kid that’s never left the county he was born in that first pops into your mind.
The truth, of course, is the exact opposite. There is nothing quite so ignorant as some twit from Chicago, as we once found out. 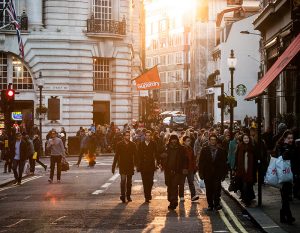 We decided to take the boys through Mammoth Cave on our way home from visiting family, so we stopped off at a campsite on the way down and took a 2 hour tour.
Our group was blessed with the presence of a mid 30’s black woman with 5 kids, from Chicago. This bitch ran her mouth nonstop the whole time, asking the stupidest questions I’ve heard from someone not from Ohio. This is pretty close to how our conversations went:

Yankee: “We’re from Chicago. We’ve never seen no woods or nuthin’ like this before. You just don’t know what Chicago’s like.”
Lector: “Ma’am… I’ve been to New York and Chicago. I know what it’s like,  and I hope I never have to go back there.”
Yankee: “So do y’all have a whole bunch of land and put your own potatoes in the ground and stuff?”
Lector: “We have a garden.”
Yankee: “Do y’all have coyotes? We talk to some farmers at Smith’s Farm in Illinois and they said them coyotes was eatin’ people up!”
Lector: “We have wild dogs, but I’ve never heard of one attacking a human. Most folks just shoot ’em.”
(Insert wide-eyed terror here.)
Yankee: “You have guns?”
Lector: “Sure. Otherwise folks might get eaten by wild dogs… or bears… or something worse.”
Yankee: “So, ummm… you know… is it safe? I mean to drive around alone at night?”
Lector: “Huh? What do you mean? Of course it’s safe. We leave our house unlocked. We don’t even lock the cars.”
Yankee: “You can’t do that where we’re from.”
Lector: “I know. I’ve been there. That’s why I don’t want to go back. There are all kinds of things you can’t do where you’re from.”
Yankee: “Oh my! What’s that? Is that a coyote?”
Lector: “No. No, that’s a deer.”
Yankee: “Is that safe?”
Lector: “Ma’am, that’s supper.”

That went on for literally 2 hours. We could not get away from this moron. But the best part was her 12 year old son. He started yapping about rocks, special rocks, deep down under the ground, and there was all this heat down there, and after about 300 years of that heat under the ground, these special rocks became…. 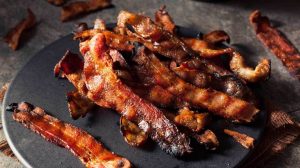 Bacon.
I shit you not. The kid thought bacon was a special kind of rock.
I just shook my head and said, “Look, kid, you don’t eat rocks. You eat meat, and meat doesn’t grow from the ground. Meat comes from animals. Bacon ain’t a rock. It’s a piece of pig. Someone raises a pig nice and fat, and then kills it, and they cut the bacon out of it. Ya know where steak comes from?”
At that point, he looked like he was gonna cry, and ran off to mommy.
So, city boy, remember that when you’re feelin’ all high and mighty. Remember that a kid from a small town knows everything there is to know about city life. There’s a lot of bars, a lot of restauraunts, and a lot of people.
But you?
You don’t know shit about the way the world really works. The majority of you have never stepped foot outside your asphalt jungle, and if you have, you were too closed-minded to learn anything from the experience. Just like this moron from Chicago. You think Central Park is the woods, and anyplace with less than 100,000 people is “out in the country.”
Can you imagine what that moron would’ve said if she knew that what she called a house in Chicago would go for around 50k here? And what we call a decent house is something she could never dream of affording in Chicago?
Yeah, but we’re the ignorant ones.
There is nothing, and I mean nothing, quite so irritating and foolish as a damned Yankee tourist. Except for a damned urbanite Yankee tourist.
Please, go back to your cesspool before you spread your infection.