According to David R. Henson, He was and that’s bad:

So what are we to make of [Jesus’ conversation with the Syrio-Phoenician woman in Mark 7:25-7]? Clearly, racism is a sin, an evil, systemic sin which Christians everywhere should stand against. But how are we to do stand against racism when our own Lord and Savior has so clearly uttered such a heinous racial slur?
Does it make Jesus a racist? Does it make him a sinner? How can we ever think of him the same again? This, I think, is the great lesson of the Syrophoenician woman. It teaches us the dynamics of racism, of how even the best of humanity — the Incarnation himself — can get caught up in systems of oppression, in a culture of supremacy. As a good Jew, Jesus would have been reared to give thanks daily that he was born a Jew, not a Gentile, a man and not a woman. Jesus could not help but become entangled by such a sexist and racist snare…

As is often the case, when a leftist tries to apply modern standards to the ancient world, all he does is display his own blindness: the blindness of his times and of his station in them. Mr. Henson does exactly this in concluding that we must do better than Jesus, be less racist and sexist than He, and be less an oppressor than He was, even if He did it unconsciously. A man who says these things cannot be a Christian and therefore has nothing to tell Christians about how we must act.
I am not questioning Mr. Henson’s faith but identifying it. Like most Social Justice Warriors his is a faith not in Christ but in modernity and in the standards of modernity. For the Christian faith is clear: Christ was without sin, a lamb without blemish. He could only be the sacrifice for our sins were He without sin, and without that sacrifice there is no peace for us with God. To make Christ a sinner is to leave Christianity behind. 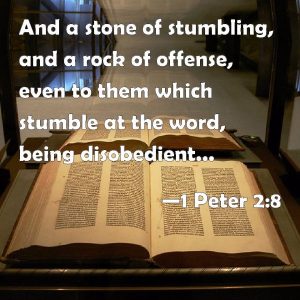 But there is a logical flipside to Christ’s sinlessness as well: if Jesus was racist as moderns name it, then such racism is not a sin. Likewise, if Jesus was a sexist, then sexism is not a sin. If Jesus would have disapproved of the homosexual parody of marriage, then it is fully Christian to disapprove of it as well and to hell with those who call us invented names for that. If Jesus distinguished between Jew and Gentile, between men and women — and he certainly did — then we may do so as well, without guilt and without apology. The Christian’s call is to be conformed to the image of Christ, not to the world and its ephemeral, virtue signaling morality. If the world is thereby offended by us, remember that it was offended by Him first.
There is a thing called “The Times” that most people move within. Each age has a spirit that carries those within it along, like a leaf on a brook. It consists of new and modern and self-evident ideas that no one before us had ever heard of, but that “sophisticated” people are drawn to like moths to a flame. Those who hold these modern ideas consider themselves more enlightened than those who came before, those who did not see the ideas. This is one of the more pleasant rites of this religion we call Progress, because it plays upon our pride.
But those self-evident ideas dissipate like the fog after sunrise. In one century, all the modern sophisticated people believe one thing, and in the next, all the modern, sophisticated people laugh at that while believing something else that is itself destined to be discarded. We laugh at what our grandparents believed, and our grandchildren will laugh at our most modern, up-to-date beliefs.
Rather than clucking at the alleged ignorance of the past, it is far wiser, when one finds his most cherished beliefs to be offended by the actions of his Creator, to reexamine those beliefs. Because the odds that a man is spiritually blind and sick are far higher than the chance that he understands righteousness and sin better than God Himself.

SHUT UP AND GO TO CHURCH