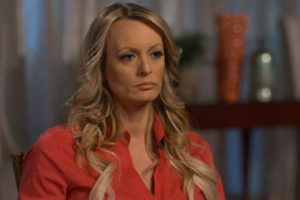 base, a group of people who generally disapprove of sexual antics can’t be enticed to turn on Trump simply because the man has shown a lack of discretion at where he puts his dick.  And so we here at Men Of The West are here for them!  To articulate the great mystery of why Trump’s sexual indiscretions are largely excused by his base.
First, lets just get this out of the way.  We consider Jesus’ words on the subject to be final, authoritative, and absolutely set in stone.

3 Some Pharisees came to him to test him. They asked, “Is it lawful for a man to divorce his wife for any and every reason?”
4 “Haven’t you read,” he replied, “that at the beginning the Creator ‘made them male and female,’ 5 and said, ‘For this reason a man will leave his father and mother and be united to his wife, and the two will become one flesh’? 6 So they are no longer two, but one flesh. Therefore what God has joined together, let no one separate.”
7 “Why then,” they asked, “did Moses command that a man give his wife a certificate of divorce and send her away?”
8 Jesus replied, “Moses permitted you to divorce your wives because your hearts were hard. But it was not this way from the beginning. 9 I tell you that anyone who divorces his wife, except for sexual immorality, and marries another woman commits adultery.”
Matthew 19: 3-8 New International Version

Second, lets just stipulate that we’re not going to do any equivocating.  We’re leaving both Bill Clinton and King David out of this.
The main issue, as I see it, is that almost every human being in their adult life has had an awkward encounter with a member of the opposite sex.  And in this era of hypersensitivity regarding these sorts of sexual interactions, there are a lot of people who look at the standards that are being applied to Donald Trump, where his indiscretions all appear to be of a consensual nature, and they sit 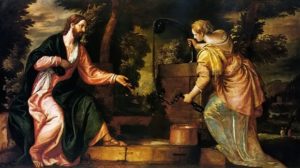 back and wonder, just how easily it could be me in that situation.  You then take this a step further in that Donald Trump has never pretended that he has not engaged in morally wrong sexual behaviors.  In John Chapter 4, we read about Jesus and the Woman at the Well, who had been married 5 times!  And the man she was currently living with was not her husband.  Yet Jesus showed her kindness.  And in John Chapter 8, the Pharisees bring an adulteress before Jesus where He famously proclaimed “let him who is without sin cast the first stone.”  We do not want to hold somebody to a standard that we ourselves couldn’t live up to.  And while Trump’s serial adultery would certainly disqualify him from holding a church office, it doesn’t count for much in a culture that has suffered the sexual revolution of the 1960’s.  If we disqualify every man who has been tainted by the sexual immorality that has been permitted to fester in our culture from any position of leadership, we are going to have a very small list of men to choose from.
The secondary issue is one that I don’t see being talked about at all, but one that is actually of vital importance, is that Trump in his campaign for President, admitted that he had not lived his life as a Christian, and that it had only been recently that he had found his faith in Christ.  If that is the truth, and we have no reason to believe it isn’t, then these sexual sins are from before his repentance.  And Christ’s sacrifice covers all sins.  As far as the judgement of Heaven is concerned, they never happened.  If the media were to produce evidence of Trump committing adultery after he professed Christ it would be a larger issue than the sins Trump committed in the past.  Christians must honor genuine repentance.  And as far as we can tell, there is no evidence that Trump’s professed repentance for his past sins was insincere.  And so, they are no more.
And that is why the Evangelical Trump Supporters don’t care about Stormy Daniels or any of the other women that the media is parading about.  Not because we condone adultery or sexual immorality, but simply because these things happened before Trump came to repentance and as such, they are washed away.  So, don’t listen to the leftists who screech that Christians are hypocrites.  Yet again, it is members of the media who never darken the door of a church not understanding why their “gotcha” story doesn’t resonate with the faithful.

The Educated Gulf Is Widening