Sedition is overt conduct, such as speech and organization, that tends toward insurrection against the established order. Sedition often includes subversion of a constitution and incitement of discontent towards, or resistance against, lawful authority. Sedition may include any commotion, though not aimed at direct and open violence against the laws. Seditious words in writing are seditious libel. 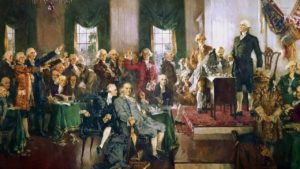 On March 27th.. a former Justice of the United States Supreme Court, John Paul Stevens, committed Seditious Libel. By calling for the repeal of the Second Amendment, he overtly subverted the foundational agreement between the States that formed the Government of the United States.
Repealing the Second Amendment is not the same as repealing something stupid like the 18th. The Second Amendment is part of the Bill of Rights. The Bill of Rights is not just the first 10 Amendments. It is a document that was created to appease the States that had reservations about the limits of power in the Constitution.
It is a list of assurances given to the states and to the people by whom the agreement was forged. It is literally a foundational document. The United States does not exist without it. In addition, Thomas Jefferson wrote:

“A bill of rights is what the people are entitled to against every government on earth, general or particular, and what no just government should refuse.”
– Thomas Jefferson, December 20, 1787

“We hold these truths to be self-evident: that all men are created equal; that they are endowed by their Creator with certain unalienable rights; that among these are life, liberty, and the pursuit of happiness.” – The Declaration of Independence – 1776
By calling for the alienation of inalienable rights, and by calling for the destruction of the very foundational agreements that formed our Government,  John Paul Stephens has committed Sedition.   He is guilty.   He should be arrested, tried, convicted, and punished. Freedom of Speech does not include the freedom of Seditious Libel.   It is one thing to criticize a government or a government policy.  It is another to call for the wholesale destruction of the formal agreements that formed our country.
Our rights do not come from government nor nature.  They come from our Creator.  Thus our rights cannot be stripped of us.  They are unalienable.  If they are alienated from us, the entire fabric of our government has been destroyed, and the government has been changed to the point that it is no longer the United States.
The Second Amendment is uniquely American.  Those who do not support the Amendment, and those who openly call for the repeal of it, are 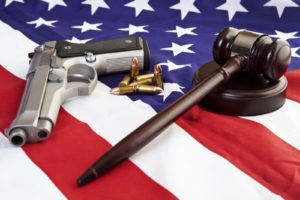 not Americans.    They are traitors.  They are treasonous tapeworms leeching the freedoms that patriotic men and women have bled and died for; freedoms that the tapeworms are unwilling to bleed for themselves.
It is time to enforce the law.  It is time to show these fake-American tapeworms that there is no place in America for them.
Let them go to Mexico or Canada.   Let them go.  For they cannot stay here.
And may posterity forget that such cowards were ever our countrymen.

Why We Keep Our Guns

Why We Excuse Trump's Sexual Indiscretions