Editor’s Note: We share another gem from our friend, the Gentleman Adventurer, Adam Piggott. You can also read this article, and the rest of his writing, at his blog.

One of the most important aspects of the alt-right is its determination to learn from and not repeat the mistakes that conservatives have made over the last hundred years. The mistake that got the ball rolling, the grandaddy of mistakes if you will, was women’s emancipation [Ed – referring to suffrage]. As The Z Man pointed out the other day, as soon as women got the vote they banned alcohol, gambling, and prostitution.

Morality, at least in the modern age, is the set of rules the girls use to control the boys, which is why the prim-faced moralizers of today are running around trying to stamp out anything that smacks of masculinity.

This is due to women having to deal in absolutes whereas the boys do not require a long list of rules and regulations to arbitrate disputes. Boys in the playground will invent a basic game and get to it. If any disputes arise along the way then these will be dealt with accordingly, either by force or by someone with a smart mouth. The girls on the other hand will sit down and carefully construct a long list of protocols and behavior codes before they even play the game. These will be designed both to ensure that everyone is a winner while also guaranteeing that the prettier and more popular girls always come out slightly ahead.
Today The Z Man discusses the iron law of conservatism which is that any organization that does not expressly declare itself as right wing will eventually be infiltrated and subverted to the side of the Left, also known as O’Sullivan’s Law after the British journalist who came up with it. And all throughout conservative history the greatest supporters of this subversion have been women, precisely because of their tendency to impose rules and behavior codes.


In that same post The Z Man links to this Gavin McInnes video where he discusses the difference between the alt-right and the alt-lite. His discussion more or less amounts to placing the leading figures of both groups into their respective sides, along with a fair amount of good old fashioned Nazi talk. It was all pretty boring stuff that managed to avoid anything of substance. But McInnes, who professes to be firmly in the alt-lite camp, made an unintentional and revealing slip up. The very first alt-lite figurehead that he mentioned was Rebel journalist Lauren Southern.
Young, beautiful, and female, Southern identifies as an attack helicopter in order to mock those who believe in gender identity. She has written a very successful book that she self published with the title, Barbarians: How Baby Boomers, Immigrants, and Islam Screwed My Generation. She is the poster child for young conservative women. But the reason that McInnes put her first, even if he would never admit it, is that he wants to get laid.
Women ruin everything because men want them and men will betray just about all of their supposedly deeply held principles in order to get some tail. Southern is an entryist. She may well be entirely acceptable to the alt-lite camp but she will be followed by women who are slightly less so but who will gain entry on her coat-tails. Once ensconced they will begin the process of changing things in order to make it “more acceptable”. They will campaign for codes of conduct and rules and regulations that only succeed in beginning the process of subverting the alt-lite over to the left. They will also undoubtedly begin a movement called “women of the alt-lite,” or some other abomination.
A woman can never be a kayaker; she has to be a female kayaker, and that is precisely due to the fact that as a straight kayaker she won’t measure up against the men. Women band together in established groups in order not to feel inferior, but the rules that they come up with in order to police themselves are very soon imposed upon the group as a whole. The infiltration method that they utilize to infect the whole is a compliant male who wants to get laid. Whether it is kayaking, or video games, or political movements, the results are always the same.
The Z Man stated that O’Sullivan left out the most important part of the law, which is the actual definition of what is Right Wing.

What is it that forever separates the Right from the Left? What is the thing about which there can be no meeting in the middle, between Left and Right? The great divide that can never be crossed, is biology.The Left embraces the blank slate and rejects biological reality. The Right accepts biology, human diversity and all the truths about the human animal that arise from it. 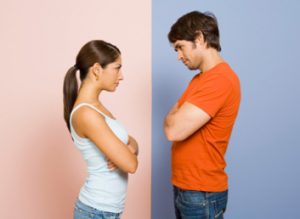 I think that The Z Man needs to go one step further. The ultimate law of biology as pertains to the human species is that men and women are fundamentally different and have differing and often conflicting aims. It is no coincidence that the Left have been doing everything in their power to confuse and subvert these biological realities simply because they conflict with their ideological goals, namely that of equality. Therefore any organization that is expressly Right Wing must then exclude women from any form of participation.
Thus the alt-right have to be extremely careful of this entryism. We are already beginning to see it with women such as Brittany Pettibone and her co-host Tara McCarthy. They have a YouTube show called Virtue of the West and have already interviewed personages such as Tommy Robinson, Vox Day, and Ricky Vaughn. While not expressly alt-right, their about pages manage to firmly place them in the alt-right camp.

Virtue of the West is a video podcast co-hosted by Brittany Pettibone and Tara McCarthy and is dedicated to helping you reconnect with the traditional values that once made Western Civilization great, including but not limited to the glorification of the nuclear family, motherhood, masculinity, femininity, etiquette, traditional gender roles and love of one’s own culture, race and country.

If they are truly dedicated to traditional values and motherhood then they will do much better to find a good husband and continue that with which they proclaim to be of such importance. And more importantly, they won’t enable the process of infiltration and subversion of the alt-right, which as history shows has almost always been perpetuated by or for women.