1798
BY THE PRESIDENT OF THE UNITED STATES – A PROCLAMATION
As the safety and prosperity of nations ultimately and essentially depend on the
protection and the blessing of Almighty God, and the national acknowledgment of this
truth is not only an indispensable duty which the people owe to Him, but a duty whose
natural influence is favorable to the promotion of that morality and piety without which
social happiness can not exist nor the blessings of a free government be enjoyed; and
as this duty, at all times incumbent, is so especially in seasons of difficulty or of danger,
when existing or threatening calamities, the just judgments of God against prevalent
iniquity, are a loud call to repentance and reformation; and as the United States of
America are at present placed in a hazardous and afflictive situation by the unfriendly
disposition, conduct, and demands of a foreign power, evinced by repeated refusals to
receive our messengers of reconciliation and peace, by depredations on our commerce,
and the infliction of injuries on very many of our fellow-citizens while engaged in their
lawful business on the seas – under these considerations it has appeared to me that the
duty of imploring the mercy and benediction of Heaven on our country demands at this
time a special attention from its inhabitants. 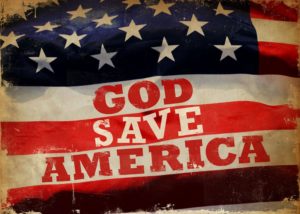 I have therefore thought fit to recommend, and I do hereby recommend, that
Wednesday, the 9th day of May next, be observed throughout the United States as a
day of solemn humiliation, fasting, and prayer; that the citizens of these States,
abstaining on that day from their customary worldly occupations, offer their devout
addresses to the Father of Mercies agreeably to those forms or methods which they
have severally adopted as the most suitable and becoming; that all religious
congregations do, with the deepest humility, acknowledge before God the manifold sins
and transgressions with which we are justly chargeable as individuals and as a nation,
beseeching Him at the same time, of His infinite grace, through the Redeemer of the
World, freely to remit all our offenses, and to incline us by His Holy Spirit to that sincere
repentance and reformation which may afford us reason to hope for his inestimable
favor and heavenly benediction; that it be made the subject of particular and earnest
supplication that our country may be protected from all the dangers which threaten it;
that our civil and religious privileges may be preserved inviolate and perpetuated to the
latest generations; that our public councils and magistrates may be especially
enlightened and directed at this critical period; that the American people may be united
in those bonds of amity and mutual confidence and inspired with that vigor and fortitude
by which they have in times past been so highly distinguished and by which they have
obtained such invaluable advantages; that the health of the inhabitants of our land may
be preserved, and their agriculture, commerce, fisheries, arts, and manufactures be
blessed and prospered; that the principles of genuine piety and sound morality may
influence the minds and govern the lives of every description of our citizens and that the
blessings of peace, freedom, and pure religion may be speedily extended to all the
nations of the earth.
And finally, I recommend that on the said day the duties of humiliation and prayer be
accompanied by fervent thanksgiving to the Bestower of Every Good Gift, not only for
His having hitherto protected and preserved the people of these United States in the
independent enjoyment of their religious and civil freedom, but also for having
prospered them in a wonderful progress of population, and for conferring on them many
and great favors conducive to the happiness and prosperity of a nation.
Given under my hand the seal of the United States of America, at Philadelphia, this 23d
day of March, A.D. 1798, and of the Independence of the said States the twentysecond.
By the President : JOHN ADAMS

Some Resources About The Thanksgiving Holiday