Justice Kennedy is retiring from the Supreme Court.
Men of the West everywhere are rejoicing. We are rid of the swing vote that often doesn’t go our way. We are bathing in liberal tears, and laughing at the butthurt. We can take this time to thank Harry Reid for changing the confirmation vote to a simple majority. Liberals ought to realize, if realization were a thing they were capable of, that perhaps nine unelected justices have too much power when everyone loses their mind over just one of them retiring. 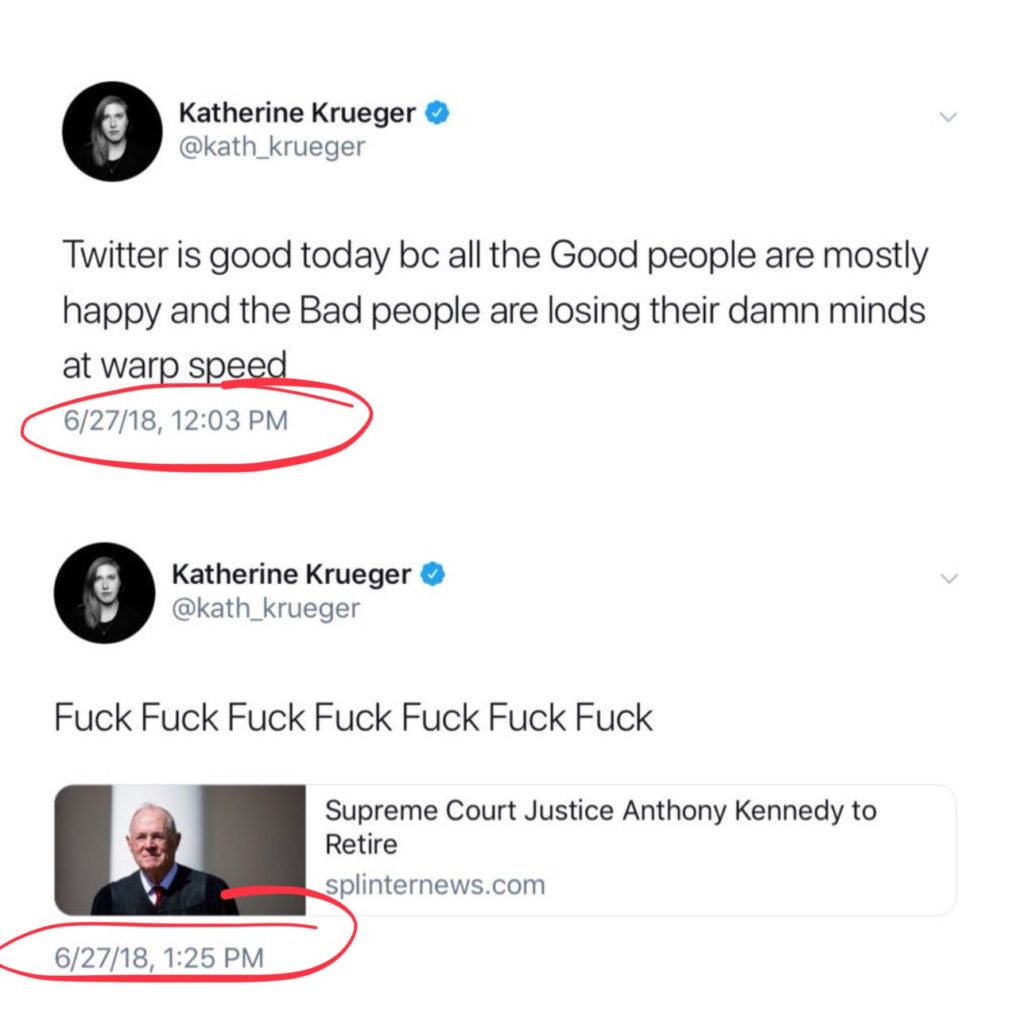 We don’t know for sure how this is going to go. We have some Republican Senators that may flake out on us. The Democrats are threatening to fight tooth and nail. They are trying to invoke the Biden Rule, which isn’t really a rule, and doesn’t apply anyway.
We do know that President Trump has a good list. These are not judges like Sotomayor, who makes decisions based on feels, rather than interpreting the law. She usually manages to not only be wrong, but to be as wrong as one could possibly be. Democrats are fine with this. They don’t care what means are used to get what they want. Roe v Wade is an example of their being too lazy to change the law, and instead, legislate from the bench. This is bogus, and destructive to our republic. The Obamacare decision is another example. The judges ruled that people would be forced to buy health insurance and called the penalty for not doing so a tax, despite the President’s own words and the text of the law itself, that said it was not. We look forward to putting an end to making decisions in spite of the law, and righting some of these wrongs.
We can breath a sigh of relief, that Trump is President, and not the money laundering crook, Hillary Clinton. Her appointments would almost certainly result in some onerous gun control, with a bloody civil war soon to follow. The Dems are getting more and more violent, so things may get interesting for awhile. However, they have no firepower without the full force of the government behind them, so for now, they are restrained.
The people on the list are men and women with integrity, that will interpret the law and the Constitution, rather than just make it up as they go along. It is important, if the West is to survive, that we return to the Rule of Law. I’m looking forward to seeing who Trump picks. I’m looking forward to more salty tears and more liberal butthurt. We look forward to Ruth Bader Ginsberg’s retirement as well.