Listen up crybabies. Your time is done. America is no longer a #SafeSpace. There’s nowhere to hide. You will not be coddled. You will not be catered to. You will not be counseled, consoled or collaborated with. We’re done playing. Your safe space is a glass box and it’s about to get shattered.
Are you triggered? Good, because I’m just getting started. The daily accusations of bigotry, racism, homophobia, transphobia, microagressions, macroaggressions, and every other offense has gotten wearisome. If we don’t do exactly as you say, you work yourselves up in to a lather and demand that people get fired, kicked out of various groups and shunned by society. We can play that game too. Reprisals are coming. 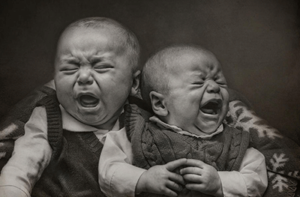 You no longer have the upper hand. Much like an adult whose patience for petulant children is exhausted, so is ours.  You join up with groups like Antifa and take to the streets and expect that there are no consequences to your actions. Sure, the media will back you; they’ll leave you out of it and only focus on the “bad” people of the Alt-Right or whatever label they want to use, but we know who you are. You’re being cataloged and watched; documented and observed and in the end you’ll be exposed.
You think you can go to work for companies like Google that are infested with your kind but there are far fewer jobs than there are crybaby Social Justice Warriors like you. Furthermore, those jobs that do exist are going to start dwindling rapidly. Google knows they screwed up. They didn’t expect this nonsense to go public, but now that it is, more insiders will risk exposure to get the truth out. The same for the crybaby controlled media companies, other tech companies, etc. It’s going to turn in to a corporate bloodbath.
And what about your college campuses? Those are already turning, a number of schools have already declared that they are not safe spaces and they won’t bow to political correctness.  The University of Missouri, “Mizzou” has suffered a devastating loss of enrollment because the idiots there though they could act with impunity. That’s going to keep happening.
Toughen up or you’ll eventually end up on the streets because you’ll be unemployable. Learn how to work with others that have different (dare I say dominant) views than you. And don’t think you can slip in through the back door and change things quietly either because we’re on the cusp of having a couple of generations that will solidly be on their guard against people like you. Employers are starting to filter out people like you from the interviewing process. You’ll probably cry and think it’s some sort of illegal discrimination but it’s not. Why should someone hire you if they think you’re more likely than not just going to cause a lot of problems and possibly sue them for whatever hurts your feelings on an average Tuesday.
You’ve been served notice. Grow up, stop crying and learn to cope.

Have we gone mad?