This past Saturday, October 6th, Brett Kavanaugh was confirmed and then sworn into the Supreme Court of the United States. I won’t belabor the details of the confirmation hearings, or the ludicrous accusations that dragged out the confirmation process. We knew from the day that President Trump announced Justice Kavanaugh’s nomination that the Democrats were going to vote against him no matter what. They were going to vote against anyone Trump nominated. 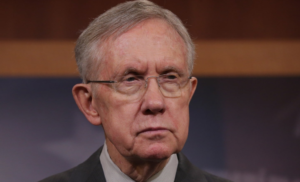 However, thanks to Harry Reid (D – Nevada), who, back in 2013 as the Senate Majority Leader, held a vote to change the rules so that presidential nominations to Federal judgeship could be confirmed by a simple majority, the stage was set for Kavanaugh’s confirmation. As is typical of Democrats, they couldn’t envision that this could come back to bite them. They were sure that their hold on power would continue in near perpetuity.
While the “Reid Rule” didn’t initially apply to Supreme Court nominations, the damage was already done. When the Republicans took back the Senate in 2014, Mitch McConnell became the Senate Majority leader. He pushed through another rule change that applied the Reid Rule to SCOTUS nominations also, further setting the stage for Kavanaugh’s confirmation. Without this chain of events, the Kavanaugh nomination would never have survived the first floor vote.
It should also be noted, that this rule change is also why Justice Gorsuch was able to sail through confirmation. 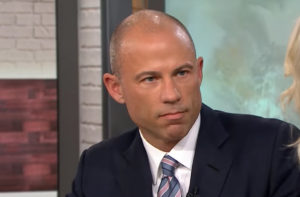 Runner up for MVP goes to the Creepy Porn Lawyer and Presidential Aspirant, Michael Avanatti. This lawyer, who represents porn star Stormy Daniels, put forth an allegation made by Julie Swetnick who claimed she witnessed Brett Kavanaugh and his friend Mark Judge attend more than 10 house parties between 1981 and 1983. She alleged that Kavanaugh and Judge were spiking the drinks of women, then fondling and groping them without their consent. She also alleged that the boys at the party lined up by a bedroom to gang-rape the girls. She never actually accused Kavanaugh (or Judge) of participating, but she certainly implied it. Kavanaugh denied the allegations of course. Swetnick’s story fell apart nearly overnight, as the claims had zero credibility, and there was absolutely no corroborating witnesses.
Avanatti’s client’s claims were so dubious, so ludicrous, they cast a pall over the previous accusations by Christine Blasey Ford and Deborah Ramirez (who had credibility problems of her own).
Even now, on social media, Kavanaugh’s opponents are throwing Avanatti under the bus, claiming that he undermined the whole confirmation process and engendered sympathy for Kavanaugh which resulted in his confirmation. That claim isn’t without merit. Senator Susan Collins (R – Maine) was on the fence and leaning toward a no vote for Kavanaugh, but slammed Swetnick’s accusations as “outlandish” and those allegations quite probably pushed her firmly into the Kavanaugh camp. It would appear, for now, that Avanatti’s hopes of becoming president are dead. 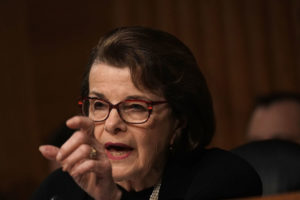 And finally, the Dishonorable Mention goes to California’s own Diane Feinstein, who sat on Ford’s allegation for weeks, in hopes that dropping a last minute bomb on the confirmation hearings would scuttle the whole thing. She could have brought up the allegations weeks earlier in closed-door questioning of the nominee, but she said nothing. She could have asked him a generic question regarding inappropriate sexual contact, but she did not. Arguably, the timing of the allegations and the fact that Ford’s identity was leaked to the press made what could have seemed like a credible accusation in to a political bomb designed to inflict maximum damage.
What’s next? What dirty tricks will the Democrats use to try to thwart President Trump’s next nominee? Will they double down on sexual assault allegations? Will they pull something new out of their playbook? Will the attempt be as baldly transparent as this one was? Time will tell. In the mean time, aside from Kavanaugh preparing to take his seat, the Democrats hope for Blue Wave of electoral success just got quite a bit dimmer.

The Man And The Honey Tree