Government, like fire, has a natural tendency to grow. It wants to eat more and more – it has to eat more and more. It’s just the way of things.
Our forefathers sought to combat this natural phenomenon with laws that restricted the government, hedging it in tight between the few things it was allowed to do, and the things it was never allowed to do under any circumstances.
As we’ve seen over the last 200 years, this approach failed. So, I’ve decided to offer my own solution, and it’s a completely original one at that!
See, those drawn to government power aren’t particularly bright, and they suffer from the ailment of taking themselves and their positions far too seriously. I seek to cure them of that ill and make use of their lack of wit to effect my end, which would be a small, barely noticeable government.
How? 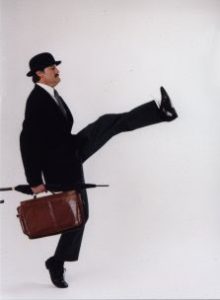 I shall decree that any government official that speaks publicly, or in any government meeting or official capacity, must only speak in rhyme. Failure to rhyme will result in immediate and absolute silencing, and a suspension for the rest of the day.
Furthermore, all laws must be written in iambic tetrameter and must also rhyme.
Now,  let’s see you create a 2 trillion dollar budget in I.T. that rhymes, Mr. Halfwit “public servant”.
In addition to these rules, I would also require ridiculously silly parades once a month, where government officials would be forced to walk in bizarre and silly ways around the capital. Those judged to not be silly enough would be suspended without pay for 2 months.
There would also be a hat, resembling a penguin astride a massive pineapple, which would be worn by anyone speaking in congress. This hat would be a cherished national treasure and would be passed from speaker to speaker during sessions.
Now… what say you?

Sermon: Kings Shall Be Thy Nursing Fathers

Who Counsels the Counselors?