By Boethius
I’m not an expert on Aquinas. Any faults about his Ways are mine, not the good Doctor’s. This is a quick overview of his more famous arguments for the existence of God.
St. Thomas Aquinas was born in Italy, and he lived from 1225 to 1274. 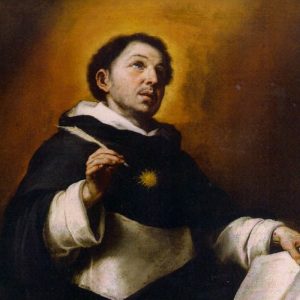