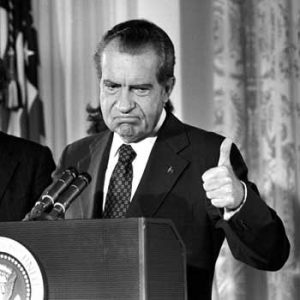 Richard Nixon is not known as a great musician, though he was a fine pianist. In fact, he was proficient on the violin, as well. He found himself to be quite adept at memorizing musical pieces, and enjoyed his time plinking on piano keys, or drawing his bow across the strings. In his later years, he opined that he had two unfulfilled dreams – to direct a symphony orchestra, and to play an organ in a grand cathedral. For a man best remembered as a disgraced politician, and one who surely saw many political goals end in defeat, this is a striking statement.

So what is it about music that touched Nixon’s soul? Why did he elevate it to the highest planes of human experience? The answer is simple – music is good and necessary.

Music is an important component of any real man’s life. Surely, some men have no true musical ability, but that does not diminish its importance in his life. He may not be able to carry a tune in a bucket, nor have the skill to play an instrument. Those lacking skills have nothing to do with whether music is good and necessary. They simply mean that the manner in which music is manifested in his life is different from someone with musical abilities.

Consider Nixon’s observation about the fact that creating music is “one of the highest aspirations” that a man can accomplish. In his context, he is not necessarily speaking of writing a new tune, though that would be an acceptable goal, but rather, he is talking about playing an already written song on an instrument. Note that he does not hope to someday write a great symphony. Instead, the hopes to conduct an orchestra. He simply wants to hear and play good music because it reaches into his soul and makes him a better man.

So what makes music good? Well, it depends. There are many different types of music, and most of them have a valid claim to being good and appropriate, with a few exceptions.

We might consider the great composers: Beethoven, Back, Mozart, and so on. We might also consider more modern examples of great musicians: Nat King Cole, Elvis, Johnny Cash. Each of these musical geniuses exhibited some standard elements.

First, their music is uplifting. One does not listen to their works and decide that life is not worth living. Whether we listen to “Moonlight Sonata” or “Ring of Fire,” we find value and worth in the hearing. Our very self is touched in a meaningful way, and we become better for having listened.
That is the main element of good music. It does not debase humanity. While there is a time and place for ribald humor in music, genres of music that revel in debasement are not good music. Most Hip-Hop and Rap would fall into this category. They do not uplift. They tear down. That is the mark of bad music. This has nothing to do with racial components, but simply with the fact that good music elevates humanity, while bad music destroys the very fabric of civility.

Listening to Marty Robbin’s warble about Felina in “El Paso,” does not make one want to abuse women. We might question the singer’s devotion to a less-than-virtuous woman, but we mainly just respond with sadness upon his plight.

Listening to most modern Hip-Hop or Rap music leads the listener to consider women as simple objects of scorn, as they are presented as little more than “hos” or such. 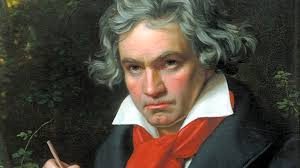 Spending a half hour or more enjoying Beethoven’s classic “Fifth Symphony” provides for a range of emotional response, even though there are no words to sing. The musical sounds themselves provide for a journey into the soul. That is good music.

Nixon was on to something. Good music is not just an option for the Man of the West. It is an integral part of who he is. Some of this music is simple and silly, while other pieces are complex and serious. The key element is the uplifting nature.

When we experience a traumatic event, we can turn to music for comfort. When we have grand experiences, we celebrate them with music. Music brings order to our lives.

Standard folk songs provide insight here. Consider “Oh My Darling, Clementine.” Many of us learn this song as children. There are elements of humor, such as the lines that point out that while the singer misses his beloved, who has drowned, he “kissed her sister” and forgot poor “Clementine.” But the underlying message is clear: loss is a part of life, and we must carry on. That is uplifting, if a bit tongue-in-cheek.

Good music often touches on broad themes: love, patriotism, honor, loss, death, and other such things. They are a normal part of life, and something that all men must encounter. By addressing these themes in a musical format, the inner self is able to encounter, ponder, and deal with them in a meaningful way.

Bad music does not do that. It attacks the things that make us great. We should have nothing to do with such things. Let our opponents revel is their debasement, as we watch them crumble.

We listen to good music, and if we have the skill, as Nixon did, to play or sing, then we do that, too.

It is one of the highest aspirations man can set for himself.