“The Federal Bureau of Investigation is increasingly unable to access data from some electronic devices that could help in prosecuting criminals and terrorists, which is an ‘“urgent public safety issue,’ said Christopher Wray, director of the agency”

He did say: “There have been enough dogmatic pronouncements that lawful access simply cannot be done. It can be, and it must be.”
Second, he’s correct inasmuch as the State wants access and doesn’t have a publicly supported backdoor. “Security” here means “Government access to anything they want with the veneer of legality.” 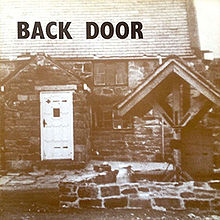 Third, he’s flat out wrong about one issue that the article actually gets right.
“There is no way to give the FBI access to encrypted communications without giving the same access to every government on the planet,” said Brett Max Kaufman, senior staff attorney with the ACLU’s Center for Democracy.
What’s funny is the State actors already have backdoors. It looks like they want to make one that’s publicly accepted.

Editor’s note: Here is another article by our friend Hephaestus. The world is in a Pre-Dystopian