Are you white? Yes? Then you are a racist. I don’t care if you are Mother freakin Teresa. You’re a racist; you can’t help it. Don’t care if you have black friends, or if you’re Nick Searcy. (Did you know he has a black son?). If you are white, you’re a racist, It’s as simple as that.
I know you weren’t always a racist. I wasn’t. No, I didn’t get mugged. Nothing has changed for me, except a little more life experience. But almost none of that is related to race. No, what changed, is the dictionary. I didn’t move. The world moved under me. 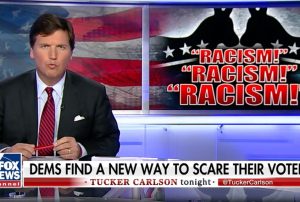 Someone has gone and redefined the word “racist”. It now means “white”. So if your white, you’re racist. You can’t be black and racist, unless you’re a zebra or a penguin. We’ve now got a grievance based point system. If you have a point or two, you can oppress whoever you want. There are now politicians decended from slave owners talking about giving reparations to black people. Not out of their own pockets of course. Liberals are always about buying votes with other people’s money. I’m not sure what we do about Kamala Harris, who is both black and descended from slave owners. I personally don’t know if my family ever owned slaves. I doubt it. But a wise man once said that everyone, if you go back up the family tree far enough, will have both slave owners and slaves in their heritage. That’s just human history. The Unites States had slavery, but we abolished it. And it was white people that did it.
Trump has gone and rustled some feathers by saying the dumb squad could leave if they didn’t like it here. The news is reporting that as racist. They are reporting out as an objective fact that Trump said racist stuff. Now I can’t see anything problematic in what he said, let alone anything racist. They are free to leave. I’ll help with airfare. The thing is, Trump said it while his skin was white. That’s the gotta be the 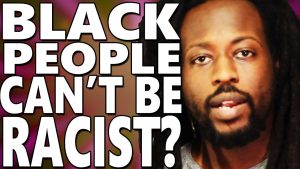 problem.
Now you may point out that there’s some kind of ironic inconsistency when you label a single group of people as evil racists only on the basis of the color of their skin. You might say that we should judge people on the content of their character. Don’t be bringing that kind of bigoted logic around here. It’s not 2015 anymore. No, now we have to have segregation, in the name of ‘safe spaces’. Separate but equal was once determined to be illegal, but now it’s necessary. As long as it’s Caucasians that are being kept out.
I don’t think there’s anything if I reflect about the culture I was raised in, and want to preserve that. And make no mistake, the dumb squad will destroy it. They can call me a racist if they want. That word has no meaning anymore. It has no power anymore.