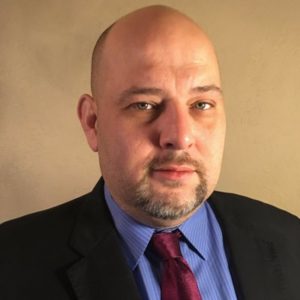 Daniel Miller is president of the Texas Nationalist Movement, an organization that works to acheive Texas Self-Rule. He recently published a book on this very topic: Texit: Why and How Texas Will  Leave the Union. I purchased the book on pre-order and it was delivered immediately after it became available.
First of all, the book is well-written, demonstrating Miller’s clear, accessible, and directed communication skills. He takes some complex concepts and does present them in undertandable ways, which will be beneficial to readers who might not have spent lots of time pondering them. At no time did I find myself wondering what he was talking about or thinking that he had drifted off topic.
The subject is one that he has spent over 20 years expounding, so it is to be expected that he is knowledgeable, and the book demonstrates that. The book is broken into 9 chapters, not including an introduction and some final content, such as glossary and bibliography. The final two chapters (8 and 9) are brief and look more towards what comes after Texas might become independent, and are not really the true focus of the book, he leaves those subjects for future works. It is the first seven chapters that really matter here.
Chapter one sets definitions. He explains what “Texit” is (using the word coined to reflect the “Brexit” vote that took place in the UK in 2016). The chapter expains the background of secession movements in Texas, the types of people who support it, as well as how independence movements have been viewed in recent decades. It sets the stage for his exposition in the rest of the book.
Chapter two is worth the price of the book, all by itself. This chapter focuses on the intended structure of the  United States, with one of the most precise and clear presentations of federalism that I have seen. He argues that the governmental structure of the United States no longer matches what was originally intended, and to what Texas agreed to join in 1845. Seriously, this chapter is a must read for anyone who thinks the founding fathers intended “these” United States to look anything like the leviathan in D.C. today.
Chapters 3-7 all focus on the nitty gritty of gaining independence. Miller addresses the reasons why Texans might want to leave the Union. He covers the most common excuses people present to dismiss the movement, and provides some good responses to them, showing that they are not really effective reasons to remain in a failed union. Further, he points out the obstacles that really stand in the way and how to overcome them. This leads to the path that should be taken, in the form of a referendum, wherein Texans themselves determine their fate. Chapter 7 then looks at other common issues that a newly idependent Texas would have to deal with (Social Security for the elderly, trade, etc.).
All in all, the book is worthy of your time. It does speak to an important issue that most Americans will face, in one way or another. There is 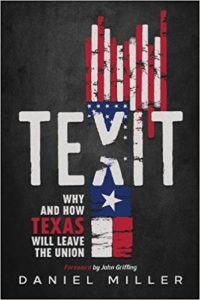 no doubt that the current situation is not going to last forever, and there will be continuing calls for separation from the United States, not only from Texas, but other regions, as well. Miller offers a peaceful way to make this happen. I would agree with the vast majority of the book and its argumentation.
My main concern, and true disagreement, is that Miller appears to be a civic nationalist, holding up that anyone can be a Texan, if they just have a “Texas mentality.” I would argue that most people in the world can never be Texans. He posits that Texans have no problem with immigration, as long as it is controlled, and I will confess that such a system is preferred over what we have now, but the reality exists that being a Texan (or Alabamian, or any other group) is more than where one lives and thinks. There is a shared history that adheres us to a specific group. There are many Texans that would prefer that there be no immigration, and most of those who have immigrated to the state (and perhaps future Republic) over the past 50 years should go back from whence they came.
Regardless of that quibble, Miller’s goals are worthy and good. He has provided a good resource, not only for Texans who yearn for political independence, but for those of any place who desire the same. The arguments he presents are applicable in many settings. I recommend the book as a tool to help groups to find a voice to exert their sovereignty.
You would do well to buy the book and read it.