It’s often said that we live in interesting times.  Things are tough for a Man of the West.  The legal system is against him.  The professional world is against him.  The justice system is against him.  Most of the time, it appears the entirety of creation is against him.  But that’s the thing about a Man of the West.  He is a man of the Risen Lord.  He is not given a state of fear.  He fights.
The first step to fighting a battle is to know yourself, and to know your enemy.  Wars are won and lost by mistakes in this critical step.  So it is extremely important that you see clearly and are honest with yourself about the strengths and the weaknesses of your situation.   And remember… there are two ways to be wrong.  Ignorance… which is simply not knowing a thing… and the more insidious, false knowledge… which is a state of believing a false thing to be true.   Both are potentially fatal.
Have you noticed how unhappy America seems to be?   Have you noticed how, in spite of the fact that they have been given everything they asked for, women are more stressed and more unhappy than they have ever been in America?  Why?
Because for generations people have been told that they want something that they really don’t want at all.
That’s why so many professional women end up quitting their jobs as soon as they have their first baby.   And believe me…  it happens.  It happens a lot.  It happens so much that a local vet I know has stopped hiring female vets, because he has had so many quit after just few years of work.  The truth is, that if given the opportunity, most women would rather be staying at home raising their children and keeping the house than toiling over Power Point presentations in some God forsaken cubicle.   But very few of them realize that is even a choice.  Through the education system, public shaming, and even in some cases converged churches, the Left has eliminated that option for far too many women.   And it was done so deliberately.
There is a giant dam of misinformation that is holding back the flood of Western values. 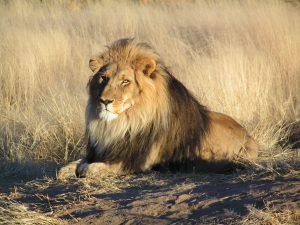 The dam is absolutely critical to the Left.  Because, every time it leaks a little… the leak is magnified.  Every family that chooses these Western values and this lifestyle influences dozens more families to  make the same choice.
Every time a woman chooses to quit her job and stay home with her kids… the Left’s dam is cracked.  Every woman in her social circle sees her choice and sees the results.   They may not make the same choice, but it has now become an option, whereas before it likely wasn’t.
Americans are unhappy because we have been brainwashed to do what we do not want to do, and to not do what we want to do.
Stop it.
Shut off the influences of the Left.  Break the dam.  Be what you are.  Don’t be some sick perversion of yourself.  You are a Man of the West.   You are not given a spirit of fear.  Seek out like-minded men.  Surround yourself with them.  Commune with them.  Fellowship with them.  Be the explosive light that destroys the dam.  We’re building the Army of the American Reconquista.  By the time we’re done, the doors of power will be unlocked, but we’ll kick them in anyway.
Right now today… decide that you are a man with a mission.  Embrace that mission.    If you’re married, reorganize your life.  Commit yourself to being a single-income family.  Move Heaven and Earth to make it happen.  Homeschool your kids if you have them.  If you don’t have kids, get busy changing that.    Find a church and attend it.
Last week the Lion of the West roared and the enemies of the west are in a confused mad panic.   Now is the time to for you lead.   Lead your family.
Mind.
Body.
Spirit.

Let's Invite the Afrikaners Over – part 1