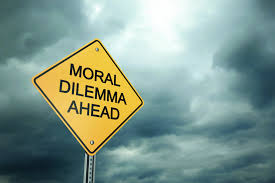 Most atheists fall into the first two categories. They don’t realize that their worldview is intellectually inconsistent. That’s the thing about cognitive dissonance, when you have it, you can’t see it. I believe most atheists fall into the first category. Most atheists reject Christianity, yet they try to keep the parts of that moral system that they like, while rejecting those that they don’t like. Take sexual morality. They reject it. It is perhaps the largest stumbling block for atheists. They want to be promiscuous or perverse and to force others to accept it, thinking that will make them happy. It makes sense in theory, but not in practice. Christians actually have the best sex lives. Funny, when you conform to God’s design, things work out better on average. Sexual morality is firmly rejected, unfortunately by many Christians as well.
There are a few atheists that realize that they can’t admit that moral values exist. Richard Dawkins is one example. He falls into the second category, however, because he states that raising a child with a Christian worldview is wrong and is equivalent to child abuse. Imagine that, claiming there is no such thing as right or wrong and at the same time condemning religious education as child abuse.
When you throw a rock into a herd of pigs, the one that got hit is the one that squeals. The best evidence for the existence of objective moral values appears when one is wronged. Atheists will usually support such perversions like gay marriage. Look at what happens when the government enshrines this absurdity as a “right”, and then someone violates that “right”.
Pigs are just amoral animals, but if you offend a human they squeal just as loudly. The reason is that they believe that you are wrong to offend them. They believe they have the right to live unmolested. But that is a moral argument, and if morals exist, God exists.  They act as if refusing to bake a cake for a gay wedding is wrong. Not just illegal, but actually wrong. In doing so, they are affirming that objective moral values do exist, and therefore affirming the existence of God. 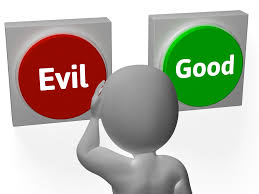 Those atheists in the third category are more rare. Most of them may pretend that they believe moral values exist, in order to take advantage of their fellow man. They expect you to honor a contract, even though no moral law has been broken if you don’t. This is the most dangerous kind of atheist. Stalin and Mao are examples that have killed tens of millions of people. Never put an atheist in a position of power for this reason.
Atheists, you claim that moral values don’t exist. We can tell, however, that you don’t really believe that, when it’s your ox that gets gored.