Rest assured, we are at war. Within the boundaries of our government, there are several nations engaged in warfare against each other. These nations are competing against each other for limited resources, jobs, and homes.  And they are using the government, schools, and social media to do it.
The last Civil War was anything but civil. At the cost of 620,000 lives [Editor’s Note: This is a conservative estimate] , nearly half of all American casualties in all our wars, it was the bloodiest conflict in our history. Not only were there military casualties, but civilian as well. 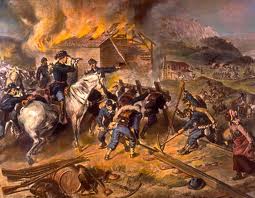 Sherman’s March to the Sea through Georgia, and later through the Carolinas, saw hundreds of women and children dead, both from the brutality of his “Total Warfare” and from the subsequent starvation after the troops took all their food stores and burned what was left. In modern estimates, Sherman caused about $1.5 billion in damages to Georgia. It took them years to recover what was lost.
The current Civil War has been without mass bloodshed, so far. It has been fought through truly civil means. Social media black outs, doxing people and getting them fired, activist judges, polarized politicians. However, this is just the “calm” before the storm.  We won a victory through the election of President Trump. He has been the first President in my lifetime to actually conserve anything. He is the first to roll back destructive policies and put a leash on the voracious beast that is our government in decades; perhaps ever. He will probably get reelected. And Mike Pence or one of the Trump boys may get elected afterwards. But sooner or later, the tides will turn. They always do.
The last Democratic election was an absolute Socialist take over. And they came very, very close to total control. It was only by the grace of our mighty God that Hillary Clinton did not succeed her predecessor. They tried with everything they had. Murder, lies, corruption, bribes, and blatant fraud.  But there was just enough left of our Republic to prevail. Had she won, the last vestiges of our freedom would have been destroyed. And when the Democrats do return to power, and they will, they will not allow themselves to lose power again. They have blatantly and publically said as much.  There will be war. 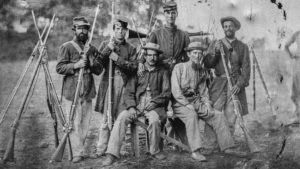 And if you have any hope that humanity has evolved past the brutality of our last Civil War, I’m sorry to say that you are naïve. One glimpse at the average liberal’s social media should be enough to kill that hope. But supposing you think that they are all bluster and internet tough guy, then you only need to look at the news. Pick a week. Any week.  This week shows New York releasing  hundreds of Illegal immigrants from jail, only to have them rearrested within days for other crimes. Why do liberals go out of their way to keep non-American criminals in our midst? What benefit is there to keeping hoards of criminals free and in our backyards?
While you still have the luxury, be mindful of the various nations that are fighting this new Civil War. Ask yourself which nation you belong to. If you are not sure what I mean by “nation,” you better get it figured out. If you think that you are above such things as Nationalism, whether you support a nation or not, the other nations will at least decide for you what nations you are not part of.  I pray that you are prepared.  And I hope you have help when the new Total Warfare comes for you.

Cultural Marxism: The Corruption Of America