Empowering words come easy. Dare I say… cheap. What’s easier than looking at a child and saying, “You can do anything”? For going on four decades now, we’ve rammed that lie down the throats of our girls.
You can do anything.
Maybe so, but you still have to pick one thing, and by picking that one thing, you must then sacrifice virtually all the others. You don’t get to be a professional football player and a rock star. It doesn’t work.
Now, this is nothing new for boys. We’ve done it forever. Oh sure, it may take boys a little while to figure out that they aren’t going to be the 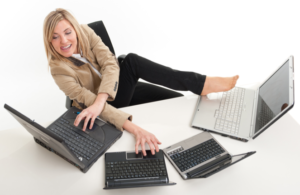 quarterback for the Dallas Cowboys, but they eventually get around to it, and even those that have been blessed with athleticism such that professional sports is a legitimate career choice, they instinctively know they have to choose one. Charlie Ward won the Heisman Trophy as Florida State’s quarterback, and then got drafted to play point guard in the NBA.
Unfortunately, for all their education and high minded child psychology, it hasn’t yet occurred to our egg-headed educators that maybe they should be explaining this same realism to girls, as well.
Girl Power has had many consequences. When I look around and see these 20-something females paralyzed, wholly incapable of making a life choice, I am reminded of Girl Power. Well, you tell me, if you’ve been told your whole life you can be anything, what would you pick? And then how satisfied would you feel with your life after having those words drilled into your head for decades, only to end up as a human resources officer at some hospital?
And there is another obvious consequence. Look around at the pressure women put on themselves. Don’t you think it could be related to the empowerment they were subjected to as kids?
The fact is a generation of feminists grew up sheltered and secure from the pressures to perform, and then promptly decided to drop the 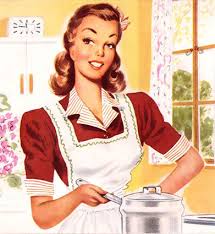 weight of the world on the shoulders of the kids of the next generation. With empowerment comes expectation. You can pout about the unfairness of it all you like, but it won’t change. It’s like a law of physics. Actions and reactions, folks.
This Girl Power crap has to stop. Because Girl Power is killing our girls. They need to be reminded that being a wife, mother, and taking care of the house is a noble role for a woman.