The decadent civilization has a million laws which it applies selectively. Its universal laws, inherited from a vigorous civilization, are so mired in legalisms as to be meaningless. The laws do not mean what they say. Instead they must be interpreted by a specialized caste. Everyone is always in violation of some obscure laws.
Life depends on a lawless dispensation from the law. The crucial task of the law is interpretation that keeps everyone from constantly being punished. This task is accomplished by lawyers, lobbyists and the politicians who are constantly adding more laws to fix the interpretations in the old laws creating a complex mass of contradictory information.
People living in decadent civilization have a greater need for entertainment due to leisure time, extended adolescence and the breakup of the family. But their lack of meaningful work, family engagement and adult responsibilities leaves them increasingly less able to produce it. Instead they become children putting together pieces of stories that “Daddy” once told them while taking the credit . . .
The decadent civilization spends much of its time and effort in a battle against apathy. It is forever “raising awareness” about something or other. Its sophisticated messaging however creates apathy as quickly as it erases it. Its messaging becomes more short term and more hysterical. Everything is a crisis and every message is pitched at the highest possible level. The outrage of today is quickly forgotten by the outrage of tomorrow. The organizers dream of sustaining awareness for real change only to dive into the next round of short-term messaging.
In a decadent civilization, everyone is always fighting a political battle, while the real changes are orchestrated by power groups behind the scenes and presented as fait accomplis to a bewildered public.  And most of what is debated is a distraction from what truly matters. Barbaric and decadent civilizations are both so dishonest that they are incapable of seeing their own lies.

I encourage to you to read the rest here.
When asked about His return in the end of days, Jesus responded in Matthew 24:

The earth was shachet (corrupt) and filled with hamas (violence). Shachet denotes “ruin” in the sense of “corruption,” rather than “destruction.” Shachet impedes the progress of something that is meant to flourish, and transforms success into failure, thereby ruining a healthy, sound condition. The basic meaning of shachet is “a pit.” But the person who digs such a pit does not do so for good – i.e. for preservation or storage; rather, his intention is to deliberately place an obstacle in someone’s path, in order to prevent that someone from proceeding to his destination. The intent is to bring others to ruin.
Shachet is also related to shached (bribe). The idea is that one who offers or gives a bribe digs a pit in the path of a judge who is on his way to deliver a just decision or verdict; a bribe serves to blind the eyes of the judge and stops him in his path, i.e. prevents him from reaching his objective by placing a stumbling block before him. Hamas, while often translated “violence,” is not violence as we are used to understanding it.  Hamas is robbery (gezel) that cannot be recovered through legal means. One who perpetrates hamas is not penalized by any human court; but if committed over and over again, hamas gradually leads to the ruin of one’s fellowman.
Our Sages relate that if a vine sheds unripe grapes, it commits hamas against the fruit. The idea is that hamas is not committed all at once; rather, the fruit’s drawing of sustenance from the vine is slowly stopped, until the fruit drops off. Hamas is also related to hometz, vinegar: wine does not sour all at once, but gradually turns into vinegar.
Similarly, immorality slowly, but surely undermines conscience, which admonishes the wicked with its rod. Thus, society is ruined by hamas; because of hamas, society becomes hometz – and is therefore destined to sour and to decay. The verse says: “And the earth was corrupt before the countenance of God, and so the earth was filled with wrongdoing.” 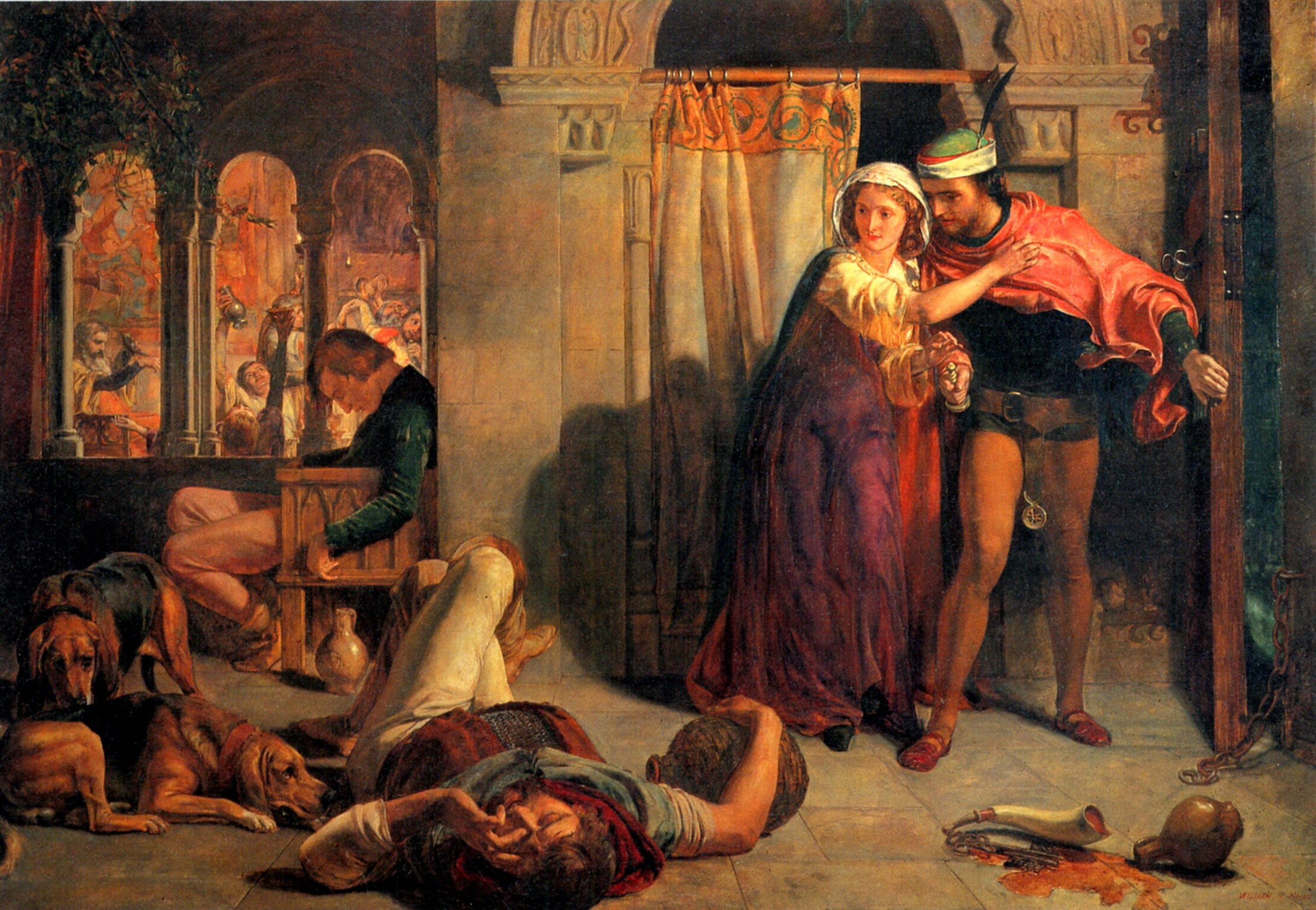 First comes moral corruption, sins about which society in general is not too concerned. People seem to be of the notion that even if the young are rebellious and disrespectful or if married and family life deteriorate, that trade and commerce can continue apace and that all of our business relations will still proceed honestly.
However, the truth is that once the world is corrupt before God Himself, all the laws and institutions of a civilized society will be powerless to prevent society from going to utter ruin. Hamas – wrongdoing facilitated by cunning – destroys a society by a thousand cuts, as it were. There is no protection or redress against hamas, so long as a man’s conscience fails to admonish him before God. Is it not moral corruption which deadens and eventually destroys the conscience, and thereby a society is destroyed as well?

Violence (hamas) has risen up into a rod of wickedness; none of them shall remain, none of their multitude, none of them; nor shall there be wailing for them. (Ezekiel 7:11 )

Mr. Greenfield contends that the decadence can be reversed through a fundamental transformation and a “revolution of ideas.” I agree that a fundamental transformation is requisite. The question that is begging to be asked, however, is what is the nature of the transformation? I truly believe (most especially at this late stage in the game) that anything short of a spiritual transformation, a putting off of the old man and putting on of the new man, a complete return to the God Who made us, and an unapologetic commitment to His principles as revealed in His Word, will do nothing to slow this train down let alone reverse it. The transformation I have in mind and which I believe offers a solution to the problem raised my Mr. Greenfield, while encapsulating Mr. Greenfied’s so-called “revolution of ideas,” is revealed here:

And do not be conformed to this world, but be transformed by the renewing of your mind, that you may prove what is that good and acceptable and perfect will of God. (Romans 12:2 )

Do not conform but be transformed. Simple. Profoundly simple. The Bible contains a narrative with a beginning and an end, a narrative that unfolds within history, the meaning of which God supplies. “Biblical theology,” writes G. Ernest Wright, “is first and foremost a theology of recital . . . [and] the realism of the Bible consists in its close attention to the facts of history and of tradition because these facts are the facts of God.” In other words, the Bible does not express  what we think we have already heard within ourselves, but rather reveals what we cannot hear within ourselves.
The world which we confront today is not a world that is devoid of meaning as much as it is a world that is deaf to meaning, most especially when it comes to the truth. Tragically, the bottom line for much of the world we live in today, is that there is no such thing as objective truth.  In fact, for a mind that is ruled by decadence and sensuality, there is simply little room for the truth. But for the mind that has been renewed and transformed, the truth is objective and it is the transformed mind that accepts God’s pronouncements concerning the true meaning and purpose of life.
The decadence of which Mr. Greenfield speaks has the capacity to relentlessly engage and seduce us in a fashion that is remarkably insidious. The decadence which pervades our modern world makes more demands upon us than we can possibly respond to, which is how the deceptions that enslave us are generated, perpetuated, and sustained. The decadence dazes and distracts us to the point where we are compelled to accept it as the true reality. The question is not so much whether or not people believe, but what they believe.
People believe so little in God because they are enamored by and believe so much in what is decadent. But for those of us who have had our minds renewed and transformed, we believe in God and His power to perpetuate the truth in our lives and in the lives of others, the truth which sets men free; we believe in His power to raise up and pull down entire civilizations; we believe in the final and complete collapse of all that is evil; we believe in His providence and absolute control over the destiny of this world and all who inhabit it, even though our frail minds may not fully comprehend it.
Some argue for a revival. But Revival is not what is needed. Return is. The habits, to which we have all grown accustomed in this decadent world, need to be put to death and rooted out of our churches and synagogues. The so-called separation of Church and state should not concern us as much as the separation between Church and God. And is that not precisely where God promises that judgment will begin?
The solution does not lie in the plastering over and whitewashing of our old, decadent habits with the fresh, religious enthusiasm of a so-called “revival.” Nothing less than a humble, broken, whole-hearted return to our Creator, the recovery of the truth, and a tenacious commitment to do as we have been commanded will suffice.
We find ourselves living in a world where reality has been privatized to such a degree that the truth is only understood in terms of what it means to each individual. Therefore, I suppose any appeal for a reversal or to a “revolution of ideas” would be an appeal to those who are already in possession of a mind that has been renewed and transformed by the truth.
Those of us, who have had our minds and hearts renewed and transformed by the truth and who have been marginalized and considered irrelevant by this decadent world as a result, are really the ones who have the most to say about all that is truly relevant and meaningful in this world, simply by virtue of our position as His ambassadors for truth.  Perhaps it’s high time we found our voice and started speaking the truth one to another without apology:

Let him who is convinced that his views are true and right express them . . . at every opportunity . . . without considering how much support or how much opposition he will encounter. Only falsehood is in need of many supporters in order to win the day; falsehood must have the authority of numbers to make up for what it lacks in justification. Truth, by contrast, will always prevail, even if it takes time.
Noble, courageous and pure, expressed with all the fiery zeal and conviction and with all clarity of sure awareness, stated again and again at every opportunity, truth will ultimately gain respect and admiration even of those who do not accept it. The only truth that can be lost beyond recall is that truth whose adherents no longer have the courage to speak up candidly on its behalf. Truth has never gone down in defeat as the result of opposition, it has done so only when its friends are too weak to defend it. (Rabbi Shimshon Raphael Hirsch)

Savor The Victory. Then Get Back To Work.