Last week, Trump held a meeting about DACA. Everyone is confused about what happened there. Trump said some things in favor of granting amnesty for the Dreamers. His base is enraged by this. We want them to go home. Our children have dreams too. Leftists still hate him. There’s no point trying to cooperate with those snakes. What was the purpose of the meeting? Is Trump changing his hard line on immigration? 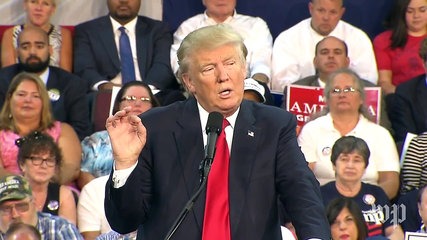 I’m not really sure what Trump’s position is on the Dreamers. He seems sympathetic to their plight. He has ended the policy, but delayed action on it in a bizarre deferred action for ending Deferred Action. He has called Congress to act. DACA was, of course, an abuse of power in the first place. Perhaps Trump just wants to make the amnesty legal. He is leaving it up to Congress to get a bill to him. Perhaps he knows that isn’t likely. When they fail, perhaps he will start deportations and blame them. His words at the meeting indicated he’s open to letting them stay.
But what his administration does is another matter. Wednesday, he lashed out at a judge who has blocked him from rescinding DACA. The courts are largely controlled by leftists. It’s funny how a policy that was born by executive fiat will not be allowed to die the same way. How can one make the argument that the executive branch has the authority to create the policy but not the authority to rescind it? You can’t, logically, but leftist only care about the ends, and use whatever means. The same morning, immigration agents raided 7-Eleven stores. He’s saying one thing, and doing another. This is how you solve the immigration problem, by the way. When you prosecute the employers, they have no choice but to go home.
He has given a deadline for Congress to act. The Democrats will probably threaten a government shutdown in order to get amnesty for Dreamers. I don’t think Trump is one to take that lying down. It appears to me that Trump wanted to use them as a bargaining chip himself, perhaps to get a wall, perhaps to get immigration reform.
Here’s hoping Trump is just using the whole thing as a distraction while the deportation buses warm up.

James Wolfe, The Hero of Quebec