“Speak to the children of Israel, and say to them: ‘When any one of you brings an offering to the LORD, you shall bring your offering of the livestock — of the herd and of the flock. (Leviticus 1:2)

We have no word in Western languages that adequately conveys the concept inherent in the Hebrew term korban (commonly rendered ‘offering’ or ‘sacrifice’). In the sense of  ‘sacrifice’  it has taken on the connotation of destruction, annihilation, and loss – a connotation that is foreign and antithetical to the Hebrew concept of korban.
Even the original meaning of the Latin offero, in the sense of “offering” does not correspond to korban in its full sense. For the idea of an offering implies a prior request or need on the part of the one to whom the object is offered; the purpose of the offering is to meet his request or satisfy his needs. There is no distinction between an offering, a gift, or a present. 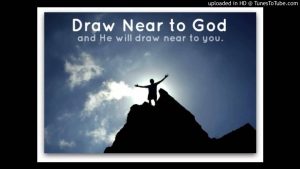 The concept of korban, however, is far removed from all of these; it is never to be understood as a gift or a present. It is found solely in the context of man’s relationship to God, and can only be understood on the basis of the meaning of the Hebrew root korb.
The meaning of korb is in accord with its plain sense: to draw closer, to arrive at a close relationship with someone.  It follows, then, that the purpose and the result of the korban is a positive attainment, the realization of a more noble existence, and that the opposite – destruction, annihilation, and loss – should not be ascribed to it. It also follows that the korban serves to meet the needs of the offerer, and not the needs of the One to Whom the korban is brought near.
In other words, the purpose of the korban is to seek God’s nearness, which for us is the sole good (cf. Psalm 73:27) without which we feel like a beast stripped of the true calling of a human being (Psalm 73:21). In God’s sanctuary a man will understand that closeness to God is the sole criterion for shaping his outlook on life and for evaluating his true happiness and contentment.
In other words, the measure of one’s happiness and contentment is determined by the measure of one’s closeness to God. Any distancing from God brings ruin (Psalm 73:26). The good is found only in closeness to God; moreover, only closeness to God is good for man. In God’s nearness, even suffering is sweetened and transformed into good.
Rabbi Yosei says:

Wherever [Scripture] speaks of offerings [korbanot] the Divine name that begins with yod heh is used, so as not to give heretics the opportunity to degrade the truths of [Scripture] to the level of pagan delusion. The name Elohim is not associated with korbanot.  In such a context God does not refer to Himself by the attribute of strict, unrelenting justice, that of God of retribution. God does not demand to be appeased through an offering, in accord with the blasphemous pagan delusion. He does not seek vengeance and thirst for blood …

Rather, the name yod heh vav heh, Hashem (lit. ‘the Name’), is associated with offerings; God refers to Himself by the attribute of mercy in this context. He appears in the full force of His liberating love and mercy, which brings into being all of life, sustains its existence anew, and grants it a new future.
In other words, the essence of a korban is not killing, but rebirth and renewal of existence. Spiritual and moral awakening and revival; entering into a life more noble and pure; renewing strength for such a life from the never-failing source of God’s love – that is the Jewish understanding and concept of an offering.
With that, we render thanks to the One Who so loved the world that He sent His one and only Son into the world as the ultimate and all-sufficient korban, that whosoever would put their trust in Him would not remain far from Him and perish, but draw near to Him and have eternal life.

Therefore, brothers and sisters, since we have confidence to enter the Most Holy Place by the blood of the Messiah, by a new and living way opened for us through the curtain, that is, his body,  and since we have a great priest over the house of God, let us draw near to God with a sincere heart and with the full assurance that faith brings, having our hearts sprinkled to cleanse us from a guilty conscience and having our bodies washed with pure water.  (cf. Hebrews 10)

Amalek and the Left