The American Legion runs a program in many states that allows young people to participate in a mock legislative experience. In Texas, this is known as The Texas Boys State (there is also a group for girls, but it is separate from that for males).  Each summer, a group of boys is brought to the State Capitol in Austin, and they proceed to go through the motions, as if they were state senators or congressmen. They are separated into two “parties:” the Nationalists and the Federalists.
Last year, the Federalists brought forth a bill for Texas to Secede from the United States. It passed in the Senate, but narrowly failed in the House. This year, however, we saw a different result.
That’s right. It passed.
These young fellows, who are required to have completed their junior year of High School, but still have at least one semester left (so are predominantly seniors with one year of schooling left before graduation), have had the audacity to do something that the true elected officials have not. As the linked article mentions, there have been attempts to introduce such a bill at the State Level for several years, but it never gets anywhere. Sure, some state legislators make noises on occasion, trying to keep the secessionists satiated to some degree, but nothing ever happens.
Leave it to the kids.

#TexasBoysState had seceded and has formed the Republic of Texas! pic.twitter.com/9E6G8TxFMw

Now, perhaps you are thinking that the kids were simply acting like rebellious teens and trying to be funny. In fact, there is some evidence that this played a part in the Boys State’s actions. They seemed to be keen on “doing something that had not been done before.” Still, the group has existed since 1935. If it was simply teen rebellion, why had nothing like this been done in prior years? Why, after 80 years, are we seeing the topic come up?
In that linked article, a University of Texas prof argued “that the secession vote could be viewed as a symptom of a greater problem — a decline in national unity and sense of purpose that transcends race, religion, sexual orientation and other factors.” 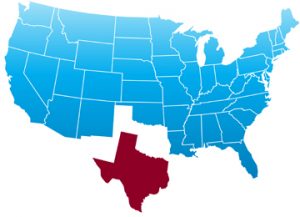 Let’s unpack that a little. First, in general, his point is correct. This vote is a symptom of a larger issue – I won’t say problem. In fact, I would suggest that it is symptomatic of a cultural resetting. What has existed for the past several decades is not “normal.” The Prof’s point about “a decline in national unity” speaks to this.
Here, the Prof conflates two different words: nation and country. There is no national disunity, but there is a civic disunity, and it is growing. As we have pointed out before, a nation is a people group, and it is defined by several things, to include race, history, etc. Rather than national disunity, it would appear that there is actually a growing true national unity taking place. People are rediscovering the nation. And they are finding out that we have multiple nations inhabiting our land and participating in our civic processes.
That purpose that the Prof points out is national. During our lifetimes, it seems that the purpose of our country has been to force the extinction of historical nations, and the creation of some fictitious hybrid. That attempt is failing, and we are now living through its death throes. We are witnessing the reemergence of true nations, and this Texas Boys State vote is just one more marker.
The Prof’s final quoted words are important: It seems that, at least for this group of Texas boys, there are no longer sufficient ties to maintain the facade of American Unity. They say as much:

It is the common belief of this Congress and its constituents that our Republic stands to lose in its relationship with the United States… Texas and her peoples formally recognize and thank our neighbor the United States for her grace and mercy upon our Republic in her time of need. However, we cannot in good conscience continue this tie with our former Mother country. For God and Country, The Republic of Texas hereby Declares her Independence.

I would suspect that we will see more such activities to come in future months and years. Where will it all end? I have no idea. I do know that we are experiencing a resurgence in national identity, and the status quo will not survive.

The Abolition of Man by C.S. Lewis