Western Civilization has many enemies. Some are ridiculous, like vegans or crossfitters, some are insidious, like Democrats. Some are both.
Today’s focus is on the “ists”. Leftists, including Communists, Socialists, Humanists, Journalists, and Feminists. These are the most destructive forces in civilization, and they all are at least loosely tied with atheists. 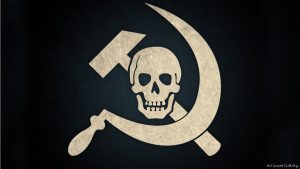 Communists are responsible with an astonishing number of deaths. Combine an atheist outlook with the kind of power that these kind of governments wield, and the result is pretty uniformly mass destruction. The death toll is at least a hundred million. Communists and socialists are linked to humanism and atheism.
Socialism as an economic system has never worked. China is perhaps the longest lived example, but they are becoming more capitalist. Socialism is more common in third world countries, because third world people are more easily tricked into thinking the government can get them out of poverty. It never does, so they remain third world countries. This is a good reason not to allow immigration, because they bring their stunted political ideas with them. For the most recent spectacular failure, see Venezuela.
Humanism and atheism are linked in that they attempt to formulate a philosophy apart from religion. Humanist, secularist societies are primarily hedonist, and they are dead ends. Their citizens can’t be bothered to even have children. The demographic crisis then causes them to commit cultural suicide by importing Islamists. Europe is lighting itself on fire right now, with birth rates at about half of the replacement rate.
Journalists were once considered noble.  Freedom of the press was enshrined in the Constitution to keep the government honest. Now the mostly leftist press roots for the government. They are hard left, to our hard right, and most news articles will have a leftist slant.
The most destructive “ists” in the United States are feminists. Men dropped the ball in caving in to their demands. In the United States, there have been nearly 60 million abortions. As silly as feminists are, the results of their philosophy is a jaw dropping body count. Worldwide, abortion has killed nearly 1.5 billion. This is due in part to feminists, but other ists, humanists, communists play a part. Whether it is the “me! me!” of feminists and hedonists, or the one child policy of communists, a staggering percentage of humanity never had a chance to live. 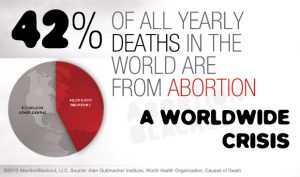 Remember, these people have the blood of billions of innocents on their hands and are still trying to amass power over your life.