Editor’s Note: We offer another article by our friend, Laramie Hirsch. 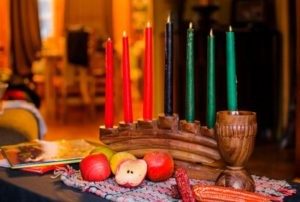 Kwanzaa. A 50-year old “holiday.” Black people’s “Christmas.” It was invented by “Maulana” Karenga in 1965, and the word stems from East Africa–nevermind the fact that the Trans-Atlantic Slave Trade originated in West Africa. It was originally concocted to be an oppositional alternative to Christmas.
Typically, I try to wait until Martin Luther King Day or Black History Month to discuss race issues. But this year’s Kwanzaa really gets me into the spirit of reflecting on the history of black America. And really, that history is one of continued and unending grievance–no matter the conditions.
If the vast support for Black Lives Matter demonstrates anything, it’s that black Americans have always and will continue to always harbor antipathy toward white Americans. There will be no pleasing them. No equilibrium. No satiation. No satisfaction.
And in considering these facts, I am beginning to develop a grievance of my own. Again, if the manifestation of Black Lives Matter and other such groups signals anything, it is that by and large, black Americans refuse to let go of their bitterness and hate towards white Americans. This is not so with white Americans.
White America Has Been Trying To Figure Out Its Identity 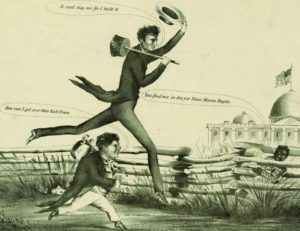 Ever since before the Civil War, white Americans have been screaming for the fair treatment of blacks in this country. From the careful discussions of both Federalists and Anti-Federalists, to the Quakers, to the abolitionists, there was a great amount of consideration given to this group of people who were brought as slaves to North American shores.
After the Civil War, we were among the first Western nations–right behind England–to abolish slavery. And later, Our Supreme Court ended segregated schooling. The White House itself sent federal troops to the South to integrate these schools. And in every school, children are taught that racial prejudice is wrong. Our Congress enacted a great many civil rights laws. We have an Equal Employment Opportunity Commission and a Justice Department that enforces those laws. As David Horowitz, former leftist radical, describes in his book Hating Whitey:
“America is probably unique among the nations of the world in teaching every one of its children from kindergarten on that slavery was wrong, that all people are created equal, and that tolerance of differences is a cardinal virtue.”
Whites, as a result, have embraced pluralism. They have inspired within themselves a fascination with black culture. They’ve come to cherish many of the things that black Americans have brought to the table.
But most of all–most importantly, I think–white America has let go of its in-group preference for fellow white Americans.

Whites Gave Up Their In-Group Preferences
What is in-group preference? This is where you harbor a preference for your own kind. For example, you prefer your own family to someone else’s family. You prefer the company of fellow Green 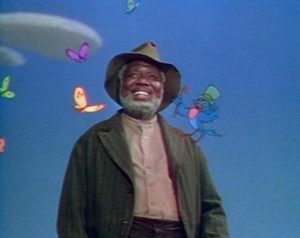 Bay Packer fans as opposed to Steelers fans. Catholics prefer to congregate with Catholics, Protestants with Protestants, Jews with Jews, and Muslims with Muslims.
In the case of America, blacks continue to prefer the presence of black America. Hip hop culture. Whatever you wanna call it. They luxuriate in it. And they despise gentrification of their neighborhoods. Blacks hate to have whites move in and pretty up their neighborhoods, raising taxes, and driving the blacks out. They would prefer to have their own turf.
Whites do not do this. Whites have given up on preferring whites. White Americans have convinced themselves that pluralism is the way to go. Many whites act black. Many whites speak with a black accent and act thuggish. Statistically, many white women prefer black men for their companions as opposed to their white male counterparts. And in movies, music, and culture, black people are extolled as magic Negroes who carry a secret wisdom that only they can see.
Whites have given up on their own identities. They have done this for the sake of trying to heal the divided nation. They want to “rise above bigotry.” The whites want to have black friends, and demonstrate–self righteously, perhaps–that they are not like the racist bigots of old. They are not like those horrible people in the past who oppressed the black man and kept him down. 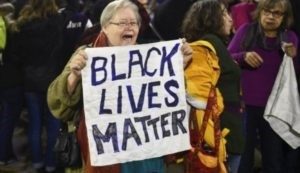 Whites have even taught themselves to hate their own kind. Every summer, it seems, leftist protest mobs feature signs that read “Fuck Whites.” Many Black Lives Matter protesters are whites.  These days, instead of whites screaming “Rise up, and kill your masters!” whites are screaming “Rise up and kill off all the whites!”  Or, more simply put: “Kill Whitey.”  And again, this cannibalistic self-hatred is coming from whites themselves.
This is the ardor, zeal, and passion with which whites have sought to “fix” the racial divide in America.  They will strive to unite this divided tribal nation, even to the detriment of their own kind.  It is sort of admirable in a sad way.  The whites have demonstrated in the long-term that they will willingly fall upon their own swords in the name of what seems to be a noble cause.  This is because they believe in their cause.  They believe in plurality, civic nationalism, and universalism.
Statistically, no other groups in America believe in doing this.  No other groups believe in impaling themselves for the cause of The Great Melting Pot.  Not the Hispanics.  Not the Muslims.  Certainly not the Jews.  And definitely not the blacks.

Blacks Won’t Play Along, Retain In-Group Preferences
Blacks retain their identity.  They think it is important that they maintain a distinctiveness that is thoroughly and unmistakably “black American.”  They want their own culture, their own language, and their own neighborhoods.  They will happily utilize Affirmative Action to the greatest extent, but on a certain level, they despise white America for trying to help them.
On a personal note, I can attest that blacks despise the fact that whites can’t talk about race issues with them.  By withholding this kind of a conversation from them, we infantilize them.  It is as 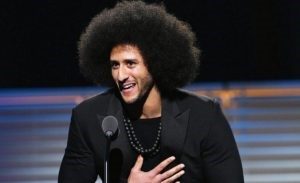 though we are looking down on them like children who can’t handle the big talk.  And they’ll call whites, who are fearful of race talk, racists.
But talk is unlikely to convince blacks to depart from their ethnocentric preferences.  On some levels, it could be said that their own blackness is a sort of religion.  Where does tribalism end and religion begin?  If a black mixes with a white, the child will be a half-black mulatto, and they will be considered a black person, not a white person.  Case in point, President Obama, whose passive aggressive attacks has set back race relations more than any figure in recent history.  He wasn’t our first half-white president, nor our first half-black president; he was our first black president.  Period.  Consider also Colin Kaepernick, who was adopted by two white parents and is half-white himself.  This man has no problem with leading a nationwide racist middle-finger protest against white authority in his refusal to stand during the Star-Spangled Banner.  In spite of his white American patrimony, his upbringing, and his own blood, he failed to mix in and unite the nation.  Instead, he actively divides it, leading his own birth mother to denounce him last August.
“There’s ways to make change w/o disrespecting & bringing shame to the very country & family who afforded you so many blessings.”  – Heidi Russo

Kwanzaa Conclusions
Can it be said that blacks remain racist?  That is a discussion for another day.  However, there is overabundant evidence to show that blacks utterly refuse to give up who they are, preferring to remain a nation within a nation, and a peoples living amidst another peoples.  Their antipathy continues indefinitely.  Black Americans at this point have demonstrated they have no interest in intermingling with white America to unify this troubled nation that still lacks an identity.  They offer no solution in this regard.  They will not play ball. 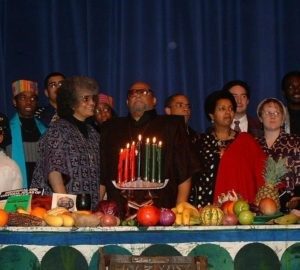 And this, I suppose, is one grievance that whites can hold against blacks in this country.  Decades have passed since the Civil Rights era, and yet we are not a pluralistic, diverse paradise.  Those who deny this live in their own enclaves where they continue to enjoy their own in-group preferences.
And so, we have Kwanzaa.  It’s the invention of Ron “Maulana” Karenga who spent five years in prison.  He was in charge of a gang responsible for a 1969 shootout against the Los Angeles Black Panthers leader at UCLA.  As you can probably guess, this 1960’s radical became a PhD, and he considered his incarceration as that of a political prisoner.
Karenga’s holiday lasts from December 26th–the Feast of St. Stephen–until January 1st, The Solemnity of Mary.  So, for 7 days out of the Christmastide, while Christians worldwide are celebrating Jesus Christ, Savior of the entire world, blacks will be celebrating…themselves.
Black Power!