“You know what causes that, right?” When you show up anywhere in public with more than three children, complete strangers feel they have carte blanche to critique your sex life and procreation decisions. They’ll give you that little smirk and try to laugh off their social indiscretion. It’s amazing how we’ve become conditioned to be slavishly respectful of “xir” and “cis” pronoun people, drag queens reading to children at the public library, and welfare queens with at least as many children as us. We aren’t allowed to even notice, lest you get de-platformed, or worse. But somehow we’ve been socially conditioned to see large families as a threat. It wasn’t always this way. In fact, the very idea of contraception is a recent phenomenon in the Christian West.

For centuries, Catholics and Protestants alike extolled the virtues of faith and family. Contraception was frowned upon and even illegal in some areas. So how did sentiments change? Margaret Sanger, founder of Planned Parenthood, is widely known as one of the founders of Feminism, a particularly pernicious political philosophy of primrose path pragmatism. Sanger built on the foundations of the Malthusians and the Eugenicists when she promoted her ideas of family planning in the early 20th century. Sadly, the Western church made that Pragmatism a Christian virtue and championed her ideas as natural and sensible. Still, God’s ways are not our ways (Isaiah 55:8-9).

In the very beginning, God commanded us to be fruitful and multiply. (Genesis 1:28). Why? Because He wants godly offspring (Malachi 2:15); and, God sees children as a blessing:

Except the Lord build the house, they labour in vain that build it: except the Lord keep the city, the watchman waketh but in vain. It is vain for you to rise up early, to sit up late, to eat the bread of sorrows: for so he giveth his beloved sleep. Lo, children are an heritage of the Lord: and the fruit of the womb is his reward. As arrows are in the hand of a mighty man; so are children of the youth. Happy is the man that hath his quiver full of them: they shall not be ashamed, but they shall speak with the enemies in the gate.

God is in control. He opens and closes the womb. (Hosea 9:11, Judges 13:3, Ruth 4:13). We are to live by faith, not fear of not enough resources. To take matters into our own hands takes the glory away from God and places it upon ourselves. Jesus rebuked His disciples: “Where is your faith?!?” Or do we value our affluent lifestyles more than our children? Just look around at the exalted positions of dogs and cats in our society. The more affected, usually sans children, treat their dogs as surrogates for the same. You can’t continue to deny the maternal instinct, it will force its way out if need be.

A society experiences decline when the birth rate declines. As the number of births decline, fewer workers are able to support the aging population. This inverted pyramid structure can spell doom for a nation. We must look past the Establishment’s scientism and their controlled academic studies that want to decrease the population. This is simply doublespeak. Instead, look at what countries are DOING: In nearly every Western country where birth rates among the native population have been declining, immigration floodgates have been opened wide. You should ask yourself why.

It turns out, children really are wealth.

Large families help run farms, care for the younger children, and build businesses. Groups of large families settled America. Forget the Clint Eastwood stereotypes; the West was won by communities. And those communities were made up of strong families. Family businesses are a bedrock of many towns and cities. Fellowes office supplies and Asplundh tree services are two examples among thousands.

For our own part, we never went into marriage making a goal of a large family. We grew into it. We came to realize that God uses the crucible of the family for character development, and not just for the children. Parents learn to lead and submit to the hammer and anvil of God’s provision and sometimes rebuke for our actions and attitudes. Family is the leadership laboratory where children progressively first learn to follow, then to serve, then to lead. Family is the training ground for community service and work ethic. Large families are essentially a years-long seminar in advanced conflict resolution. Electives include, but are not limited to, gamification of chores and essential duties, advanced psychology, and engineering maintenance.

Though you can easily find many Churchian articles promoting the supposed virtues of common sense family planning, our family decided to trust God. Due to my wife’s ravaging endometriosis and ovarian cysts, we weren’t sure we could even have natural children. She had an ovary removed the year before we were married. Therefore, we eschewed any form of birth control so as not to interfere. God has thus far blessed us with 8 children. Their laughter brings life into the home. Their cries foster our sense of duty and responsibility. When they are out of the house, you feel their absence. Of course it is very hard for some seasons. But God has our backs. We’ve never wanted for anything, even amidst the turmoil of job changes and relocations. Furthermore, those children are already a blessing to others.

Leftist philosophy will collapse under the weight of the consequences of their own godless decisions — there will be no one left to promulgate their lies. Instead, the future belongs to those who show up for it. Good families make good citizens. And good citizens make good nations so that the Kingdom of God can continue to advance, make disciples, and bring the glory of God to bear on a fallen world.

“You know what causes that, right?” Yes, I do. And I know where it leads. 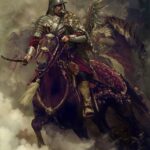 Erik Liddell is a homeschooling father of eight. Any spare time is spent building up the homestead and re-learning to think locally.

Cutting Through the Crap

Sending your kids to college is playing Russian roulette with their values and your relationship.