In this day and age of political reorganization, it has become easy to lose yourself in the shuffle and excitement of things that are happening.  That is one of the reasons that Men of the West was founded. The Men of the West saw that there was an ideological vacuum in the world and that if we didn’t step up to provide a coherent ideology, somebody else would, and we were pretty sure that we wouldn’t like that somebody else.  So, the first thing we have to remember is who we are.  We are the heirs of the West.  We are the holders and protectors of Western Civilization.  We believe in Christ as our King and we unite under His banner. 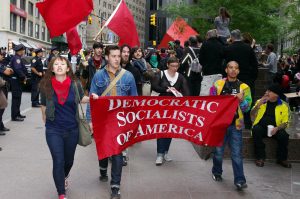 At this point, it is incumbent upon us to insert a quick word regarding our good friend Vox Day, Supreme Dark Lord – Evil Legion of Evil, Uploaded Internet Superintelligence, Snazzy Dresser.  Vox has put a lot of thought into where the current trends are likely going to take us (quick answer – nowhere good).  He has been an advocate of  “No Enemy to Your Right,” and has defined a spectrum of the Alt-Right going from Alt-Lite to Alt-Right to Alt-White.  He has explained the difference between a Civic Nationalist and a Nationalist.  It is our expectation that this column is going to irritate some and maybe get us labeled as Alt-Lite (We don’t care, we prefer the term “Hard Right”), or perhaps label us as “Civic Nationalists” (again, we don’t care, although more than one of us would embrace the term Southern Nationalist).

The Cold War may be over, but unfortunately the commies didn’t get the memo.  AntiFa is an outgrowth of the communist left.  Having failed after 8 years of Barack Obama to cement their control over the United States the communists have come unglued and are becoming violent (well – what counts for violence amongst the limp wristed commies of the 21st century United States.  We suspect that they might actually cry if you took away their iPhones).  The violence of the Communist Left leads us to our next enemy…

Fascists are harder to define because the Communists use the term to describe anybody they don’t like.  For our purposes, we are going to define it historically.  Benito Mussolini said:

For our purposes, we will include NAZIs under the category of Fascists.  As everybody should know, the word NAZI literally means National Socialist German Workers Party.  They were unquestionably and undeniably a party of the political left (if you doubt that, read their Munich Manifesto).  We hate socialists just as much as we hate communists.  More so in some instances because Socialists have become the respectable form of Marxism in modern society.  (As far as we are concerned, the only difference between a fascist and a socialist is that one recognizes national borders and the other does not).  And we absolutely and without question despise NAZIs as the unholy spawn of Marx that they are.  And, we would point out, are to our left.

Most of us are white.  We value European history and culture.  But we are not going to associate ourselves with people who would conspire to commit a genocide (which is where these guys tend to intermingle with the much despised NAZIs, although there are some who lack the socialist pedigree and merely retain the bloodlust).   We don’t believe that a race war is in anybody’s interest.  If something like that starts, it will not be us that begins it.  If Vox Day is reading his tea leaves right, then there is a certain amount of racial nationalism coming that is inevitable.  Surrounding yourself with people who look like you is a far cry from conspiring to assault or murder another human being simply for being a different race.  These are rabid dogs and should be put down. To be clear, we do believe that normal, natural segregation is a good thing. The government has no business forcing people to integrate.
Our hope is that by putting this in words, that people will think about who they are associating with.  We realize that it’s tempting to band together with Fascists just because AntiFa hates them and also hates us, but organizations must be exceedingly careful about doing such things.  Making your deal with the devil just isn’t worth it.