Editor’s Note: We present a timeless classic, originally penned in 2014.
For decades now I’ve been content in the knowledge that the most worthless generation to ever foul the earth with its presence –  The Baby Boomers – was dying out soon.
Then, along came the Millennials.
Having observed these pathetic creatures in the wild, I almost concluded that we’d be better off reanimating the boomer corpses and putting them back in kindergarten and just recycling them on through all over again.  Then I realized, that wouldn’t do any good really.  We’d just end up in the same place.
Because the Boomer and the Millennials share the same affliction. 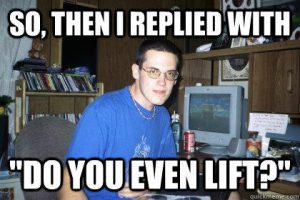 The Boomers viewed themselves as the “smartest most specialest people the planet has ever seen.”  They know for a fact they are smarter and better than any generation that has ever come before.  The Boomers came along… and we got the 60s.  They screamed, “you’re doing it wrong!” to the generations that had come before and built the institutions that had stood for hundreds of years.  20 year olds are smart like that, ya know?  They can do better.
For the Millennials… it’s really the same.  They are super special.  Things are so obvious to them that no else noticed at all before they came along.  For the Millennials, it’s all about feelings.  They wage war against two specific evils: MINDHURT and FEELBAD.   And it stems from exactly the same root as the Baby Boomer affliction.  Just like the Boomers,  the Millennials know for a fact they are the smartest people to ever live.
A disturbing commonality between the two generations is an authority complex.  Both generations enthusiastically tell everyone else how to live their lives.  They are generations of control freaks.  And it’s fitting that when the Boomers first started gaining real power in the late 80s, they dreamed up Political Correctness.
And of course, the Millennials come along and take it to the extreme.  The 20-Somethings can’t be bothered to find a job, but they have the time and ambition to build organizations to ban words and demand “inclusion.”
In its late teens and twenties, Generation X was fueling the dotcom boom and creating millionaires and billionaires. 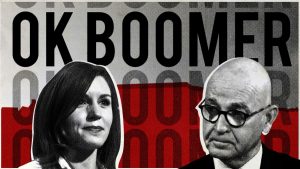 The Millenials are sitting in their parent’s basements in pajamas… drinking hot chocolate… and fighting the ultimate winner take all war…  against FEELBAD.
One can only imagine what kind of horrors these tyrants will dream up when they begin to take the reigns of real power.
World War III is a big concern right now, but maybe it wouldn’t be such a bad thing in the long run.  If enough of these psychotic little navel gazing bastards get killed off, we may actually have a chance to live our lives in peace 30 years from now.

When Has This Ever Been A Good Idea?