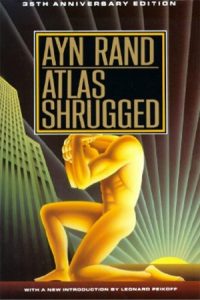 Ayn Rand might have a Godless nutcase in the end, but we have to recognize that, despite failing at logic with a dedication mostly reserved for the most zealous cult member, she was very good at rhetoric. Very good.

In her well-known novel, Atlas Shrugged, her ubermensch, John Galt, in order to pursue his own dreams and interests, strikes out on his own to escape the oppressive Collectivism controlling the human spirit. He creates “Galt’s Gulch,” a secret enclave of like minded people, working for themselves.

This made sense to me. I could see that sort of thing happening. At times, I wished it would happen; let the doers shake lose the takers. It was a grand idea.

What I didn’t expect to see happen is the Progressives start removing themselves from the equation.

Yahoo hired a female CEO with much ballyhoo and back-patting on how awesomely empowering it was to be such pro-feminist in the $CURRENT_YEAR. It was a massive orgy of virtue signaling. Yahoo is now being sold off to Verizon. To say Mayer was a disaster is putting it mildly. Before she resigned, she was rated as the least likable CEO in technology. As one of the highest paid, and highest profile, female CEOs, she should have been what every feminist wanted: proof that girls can make in a man’s world. She proved the opposite. The media, of course, has been down playing her disaster, soft-shoeing around the issue and not asking the hard questions, like “How did you screw this up so much?” and “How did that ‘lean in’ thing work out for you?”. But those questions won’t be asked. The issues won’t be addressed.

The good news is Yahoo decided to tie their fate to progressive lunacy and lost, effectively taking themselves and Mayer off the board. One high-profile example down and out. 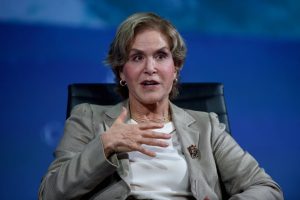 Silicon Valley has a number of high profile companies begin to crack under SJW pressure to conform to the thought police. Female CEOs don’t succeed; they drain the company’s worth. Xerox’s CEO, for example, Ursula Burns, oversaw the purchase of Affiliated Computer Services for $6.4 Billion. Five years later, she oversaw the sell of that asset for $1.05 billion. The media mumbled something about ‘slow growth market,’ which ignores the fact Xerox lost $5 billion of value over five years under Burns leadership.

The more these companies embrace the toxic progressive ideology, the more likely they will fail and fail hard.

It’s been reported that Target has lost $15 billions dollars in the stock market for their acceptance of transgender insanity.

Starbucks is tottering after their announcement to hire third-world refugees.

The more these companies fit themselves to the Procrustean bed of SJW mental insanity, the more they will lose. They will provide more and more opportunities to those not mentally deranged to succeed on their own terms.

It won’t be a Galt’s Gulch, but as the freaks render themselves unfit to function, it might be the best we can do until Christ returns.

The Declaration of Independence