As the globalists panopticon machine continues to be built and used against anyone with a dissenting opinions, there are a number of companies that are coming to the forefront of this battle.

But not in a good way.

The big company I’m going to address in this post is Mozilla.

Mozilla used to be a great company that built, among other things, a solid web browser called Firefox. They still build that browser, even though it’s around 12% of the marketshare. The company is not trustworthy because they are infested with SJWs.

In short, Mozilla is a evil bastard of company, selling out their user base whenever it suits them, all the while pretending to be fighting for your privacy and the underdog. 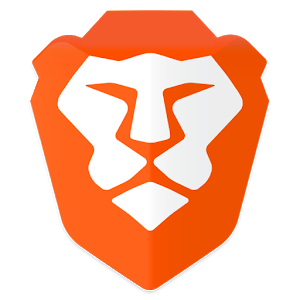 Dump Firefox. If you are using it, stop. I know for some that’s nigh unthinkable. Firefox is the web browser; it’s been the go-to for years, and just dumping it isn’t something done on a whim or easily.

I get it. It’s hard. Start now. Find a browser you like and begin the transition. I’m doing that myself, and I keep bouncing between the two as I get things rearranged and find alternatives to the plugins and workflow. And I barely use Firefox, so I get the pain of making that switch.

And I have a few browser suggestions. Take them all with a grain of salt. I’ve done research and so far, they look clean and the people backing them seem to be on the level. But trust is a precious commodity in this world, and though I recommend them, I’m not suggesting you should trust them out right.

Waterfox: https://www.waterfoxproject.org/ Among other aspects of this fork, they claim “no data or telemetry is sent back to Mozilla or the Waterfox project” which already puts them ahead of Mozilla. I’ve been kicking the tires on this and it’s not too bad.

Brave: https://www.brave.com/ Brendan Eich didn’t go gently into the good night. He started a company to make a browser that addresses the shortcomings he sees in the web today. His advertising model of paying sites directly might not take off, but if it does, Google should be concerned. It won’t topple them, but it will eat at their market.

If you are running Linux, try IceCat: https://www.gnu.org/software/gnuzilla/

Those should get you started freeing yourself a bit more from the overreaching eye of the Panopticon. Your past sins will remain in some sort of datastore, but we don’t look to world forgiveness but for Heavenly.