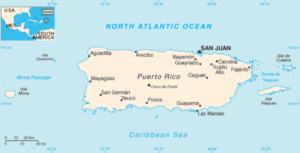 If Puerto Rico was to be admitted to the Union, there would be two stages to how it would affect the House of Representatives, one before, and one after the first census following admission. The Senate, of course, would increase to 102 seats. Initially, the House would increase from 435 to 440 seats since Puerto Rico’s population in the 2010 census was 3,725,789. The average Congressional district population in the US after the 2010 reallocation is 710,767. Simple division yields five seats. After the next census, Congress would drop back down to 435 seats, with Puerto Rico’s population being counted among the other states.
In the 2008 Presidential primaries in Puerto Rico, the Democratic combined total was 88,149 votes and for Republicans, 41,196. Percentage-wise, that’s 68.15% Democratic and 31.85% Republican.
Using this as a proxy, that is more than enough to assume both Senators from Puerto Rico would be Democratic.

Still not enough to swing the majority, given the Senate’s current composition, but it makes it even closer. Instead of requiring three Republicans to not vote with their party to lose a simple majority, it would then require only two.
In the House, initially, I think it would be safe to assume that Puerto Rico would initially send four Democrats and one Republican. Note that I am counting the one vacancy currently in Congress as Republican, since a Republican resigned.

Again, the change isn’t so large as to swing things in the House.
Given the Presidential election results in 2016, assuming Puerto Rico would have sent all seven of their electoral votes to the Hillary, the totals change like this 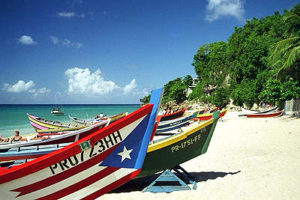 As things stand now, control of the Senate is more precarious, but control of the House and White House is still pretty solidly where it is now. National politics wouldn’t change all that much.

Having Lost The Fear Of God