Often, when I am driving, I listen to talk radio. This past week, on a local show, one of the speakers commented that, due to the way our political system is set up, for a new political movement to rise to prominence, it almost has to take over an existing political party. Now, he did go on to point out that it was theoretically possible for a third party to arise and make a claim on a large portion of the electorate, but since the Democrats and Republicans have made the rules in many states so “two party” favorable, that it is almost impossible for the third party option to work. 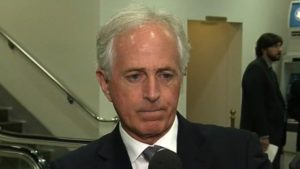 So in this commenter’s viewpoint, over the past two or three decades (I would argue longer), as the Republicans and Democrats have both shifted to the left, there is no party that truly represents the right. Yes, I know that there are some third parties out there that do make overtures, but none of them have any real electoral chance of victory, at least in the current system.
So who will represent the right, especially the Hard Right? For years, we have been politically homeless. Some have looked to the Libertarian Party, but half of their agenda is decidedly leftist.  They do not truly represent the right, with the exception of a few specific policy items. What about the Constitution Party? Well, much of their platform is admirable (though there are some troublesome areas, as well), but they have not been able to get much traction on the national scene. Part of their trouble is based upon the fact that the two major parties have made it so difficult for third parties to make the ballots in many states.  So if we take the radio personality’s words to heart, and agree with them, we have to look at one of the two major parties.
Honestly, the Democrats have devolved into nothing more than a loose coalition of special interest groups. I suppose one might argue that they are so scattered and disorganized that it would be easier to co-opt their organization (compared to the Republicans), but the fact is that since FDR, Democrats have established themselves as the party of the left, and in the American Psyche, I think it would be very difficult to actually take over that party, at least in the short term.
The Republicans, who in reality have not really been much to the right of the Democrats in practice, have at least given lip service to the correct positions. Since most Americans are not all that diligent in their evaluation of politics, the standard view is that Republicans are the party of the right. No, they have not achieved many victories for the right, but in the mind of the average American, they are the “conservative” party, regardless of how little they have actually conserved.
But that mindset is important. 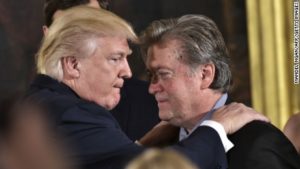 Which leads to the efforts of Steve Bannon to challenge most of the Republican senators that are up for reelection next year. He has vowed to primary every one of them, except for Ted Cruz, of Texas. Already, two of those sitting Senators, lagging in the polls in their home states, have dropped out, stating that they will not seek reelection. So we get to say goodbye to Senators Flake and Corker, two pretty lousy Republicans. That is a good thing.
It is long past time that the right, especially the Hard Right, held Republicans accountable. We have allowed them to say one thing but do another. That is unacceptable in the current climate. If you say you will repeal Obamacare, then you better do it. If you say that you are against illegal immigration, then your voting record better reflect that. It is long past time that we normal citizens get rid of those who are blatantly lying to us.
This is not just as the national level, either. It needs to take place in the various state legislatures, as well. For example, following in  the footsteps of Flake and Corker, the current Speaker of the House in Texas, Joe Straus, has stated that he will step down before the next legislative session, and some of his main flunkies are following suit. This is good for Texas. Straus and his crew have stood in the way of most meaningful legislation over the past decade in Texas.
We live in a time when the foundations of our political parties are shifting. We need to encourage that as much as possible. We need the Republican Party to actually represent the Hard Right. We need to hold them accountable. If your congressman or senator does not represent your interests, then do something about it. If you are able, see if you can run against them in the primaries. Maybe you know someone else who could run, if you are not in a position to do so. Support them, both financially and with your time. When a promising candidate arises, help them however you can.
Let’s have more Republican quitters, so we can replace them with Men of the West, who will stand for the Hard Right, and not bow to pressure from the other side. Our culture depends on these types of actions.

Hymn: O Lord, I have Cried