No, I don’t read Salon.com. Put away your pitchforks. I came across this on Twitter.
Ed Asner, (yes, that guy) wrote a dishonest article claiming that the founders meant the second amendment to only apply to militias. Yes, the founders, those guys who had just used their guns to throw off the chains of tyrannical government and wanted to preserve the right of their descendants to do the same thing. Those guys. He comes up with some bogus examples in his article. 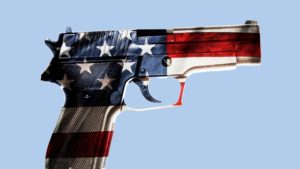 I think he’s wrong about this. I think the founders intended that everyone should be able to own arms. I think the constitution should be interpreted exactly as it was intended by the founders unless it is amended. I don’t buy the living document bull, even though I suspect Ed Asner does. Unfortunately for him, the Supreme court has correctly decided that the second amendment is an individual right, so he loses this way too.
He is right about one thing. The US was founded on gun control. The Redcoats were marching on Lexington and Concord to confiscate the stocks of weapons and powder. The rebels knew they were coming, so they moved the guns and powder. Someone fired a shot at Lexington, and the rest is history.
Here’s the key takeaway for dimwits like Asner. The attempt at disarmament caused a revolution. The revolution may have been brewing already, but the rebels knew they needed guns in order to resist tyranny. An armed man cannot be tyrannized. We know, just as our founders did, we can’t give up the means to resist. We will not be disarmed.

The Death of Stonewall Jackson